Ahead of October launch, Toss Bank secures half a million subscribers 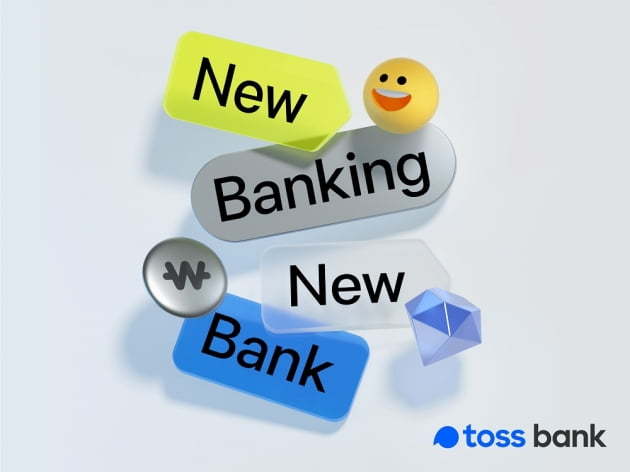 Toss Bank, which is poised to become the country’s third internet-only bank, attracted more than half a million subscribers to its pre-registration of their deposit accounts in just three days, the company said Monday.

The online bank was able to draw attention from customers by offering an annual interest of 2 percent, higher than the average interest rate offered by commercial banks at less than 1 percent, as a marketing strategy.

“We were able to confirm consumers’ demand for new banking services by looking at the rapid influx of pre-registrations,” a Toss Bank official said on Monday. “Toss Bank will continue to put efforts to embrace more customers as a primary financial institution and provide the most convenient and top-quality services to customers without discrimination.”

Korea’s financial authorities gave the green light to online-only banks to broaden financial inclusion and reduce inequality stemming from socioeconomic status. The first two of such banks to enter the market -- K Bank and Kakao Bank -- have already taken steps to expand loans for low- and mid-credit holders, making it their priority.

Meanwhile, Toss Bank will be exempt from crucial bank adequacy standards until 2023, according to financial authorities on Monday, which puts less pressure on the new company’s operation.

Basel III, the third installment of a global regulatory framework on bank capital adequacy, stress testing and market liquidity risks, was introduced in the wake of the financial crisis in 2007 and 2008. Basel III will gradually be implemented on Toss Bank between 2024 and 2026 and fully applied from 2027. Until the third year of operation, Toss Bank only needs to set the total capital adequacy ratio to 8 percent, in accordance with Basel I. The smaller the number, the less the capital burden to be prepared, which can help the company increase new loans.

The country’s two other online-only banks are also enjoying the two- or three-year exemption period until the end of 2022.