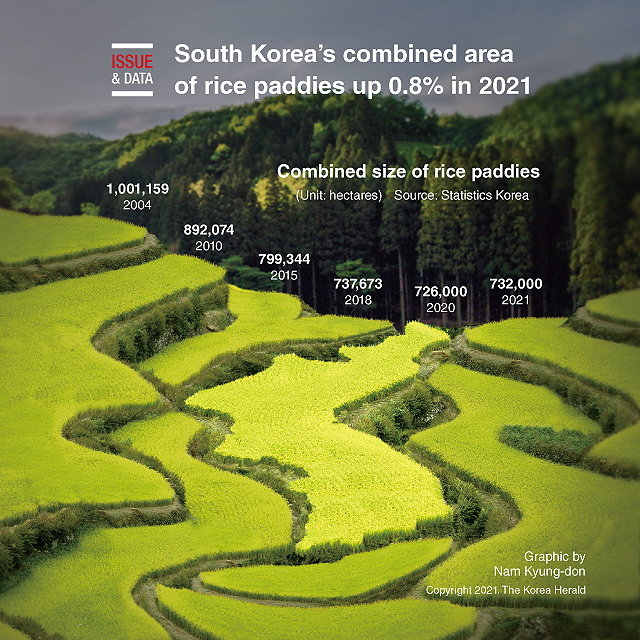 South Korea’s combined area of rice paddies moved up 0.8 percent on-year in 2021, data showed, with the country expected to maintain a stable supply of the staple grain despite heavy rains.

The combined size of rice paddies is estimated at 732,000 hectares - slightly more than half the size of the US state of Connecticut - compared to 726,000 hectares last year, according to the Ministry of Agriculture, Food and Rural Affairs.

The ministry said this year’s rice output is expected to remain steady due to warm temperatures and better weather conditions. (Yonhap)