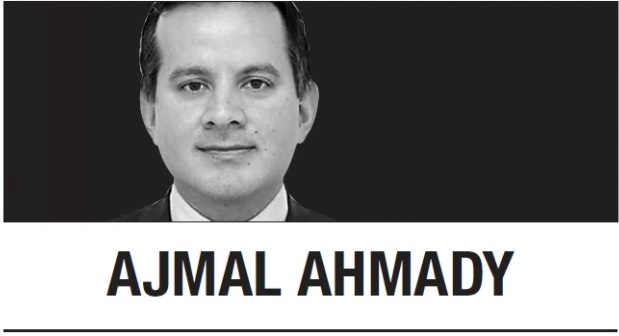 There are optimistic suggestions that the hard-won integration of Afghanistan into the global economy will remain despite the ascendancy of the Taliban and the withdrawal of the US. A number of commentators have suggested that China -- which the Taliban have declared their strongest ally -- could become Afghanistan’s primary economic supporter and help the country stay part of the global system. That analysis is unrealistic.

For one, it ignores the sanctions regime imposed by the international community on the Taliban. Those restrictions apply not only to financial transactions, but to business ones as well. All companies -- not only banks -- must comply with the framework against financing terrorism and money laundering. The central bank of Afghanistan (DAB) -- which I presided over until the fall of Kabul in August -- worked with its international partners to prohibit such transactions. Now, Afghanistan and DAB under the Taliban are likely to be treated as sanctioned entities by the rest of the world.

In addition to the financial implications, there will be three additional consequences to this situation.

First, Afghanistan’s physical money supply will be impaired. This is because the central bank does not print its own currency: DAB typically receives afghanis produced by specialist firms overseas. The bank expected 2 billion afghanis in small-denominated notes from a Polish currency company in August. It had also signed a contract with a French firm for the supply of another 100 billion afghanis for the following year. I am relatively certain that these deliveries cannot be made.

Second, the $7 billion Turkmenistan-Afghanistan-Pakistan-India natural gas pipeline project (TAPI) will likely not proceed. This pipeline would have brought 33 billion cubic meters of natural gas annually from the Turkmen Galkynysh field -- the world’s second largest -- to Pakistan and India. It would have generated a few hundred million dollars in transit revenues for the Government of Afghanistan.

I know this issue well because for five years I was Afghanistan’s representative on the project’s board. I helped move the pipeline from just a vague goal conceived during the previous Taliban regime to a realistic project. Engineering work had been completed, bilateral agreements signed and the land acquisition process begun. The project company had short-listed a number of European firms to supply the steel piping, valves and construction work. We had even identified financing from various export credit agencies and insurance companies.

A Taliban delegation visited Turkmenistan earlier this year to assure the government there that a Taliban regime would provide security for the pipeline. I remember the visit because a car bomb exploded under the TAPI project manager in Kabul that same day. (Fortunately, he survived.) In any case, whatever assurances the delegation provided to Turkmenistan, the Taliban do not fully understand the complexities of the project. As a result of the sanctions regime and security concerns, European companies will not be able to provide equipment or the financing. They will certainly not be able to obtain insurance for the project. For now, the project has to be assumed to be dead.

Third, hopes to profit from the country’s mineral resources have to be scaled back -- or abandoned. This includes the Aynak copper mine, one of the largest untapped sources in the world, which the Metallurgical Corporation of China acquired rights to in 2008. Or the Hajigak iron ore mine, a mine with world-class iron ore content, for which an Indian firm signed a contract. There’s also the Amu-Darya oil basin, where the China National Petroleum Corporation has the rights to drill. Each of these projects requires international financing and more. It is unlikely that any reputable company would involve itself in such projects now. The risks are simply too high.

In addition, economic programs to support trade are likely to be curtailed. As economic adviser to the president of Afghanistan, I developed an air cargo support program that helped increase exports by more than $100 million per year. We exported pine nuts to China, fresh fruit to India, rugs to Turkey and handicrafts to Europe. However, with reduced fiscal space, it is likely that government support for these air corridors will become unsustainable.

There are analysts who suggest that the Taliban may turn to Islamabad for help. But Pakistan’s economy is hardly up to the challenge. Pakistan has only $20 billion in international reserves. Though this is double what Afghanistan has, Pakistan has to deal with a gross domestic product 14 times as large. What’s more, the country has a 90 percent debt-to-GDP ratio, high for a developing market. China has recently stepped back from investments in Pakistan due to security concerns.

The Taliban will face the same economic challenges as the previous regime -- but under sanctions and with much less international financial support. Afghanistan’s new rulers must face this reality, form an inclusive government and adhere to international standards. Otherwise, they will further impoverish themselves and the Afghan people.


Ajmal Ahmady
Ajmal Ahmady was governor of Da Afghanistan Bank, the central bank of the country, from June 2020 to August 2021. He was previously the minister of industry and commerce and senior economic adviser to the president of Afghanistan. -- Ed.