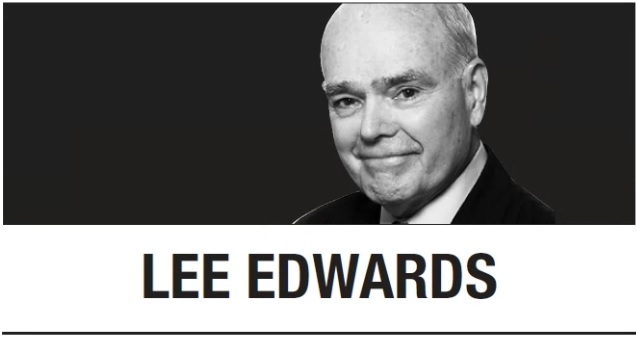 It is understandable, given the chaos surrounding the US exit from Afghanistan -- especially the murder of the 13 US troops -- that our attention has been focused on the ending of America’s longest war.

Major goal achieved: The Taliban were removed in late 2001 as the head of the Afghan government, denying a base of operations to al-Qaida, the terrorist group responsible for the 9/11 attacks in New York City and Washington. Since 9/11, there have been no similar attacks by Islamist radicals in the United States that were planned or executed from Afghanistan.

Goal not achieved: the conversion of Afghanistan from a congeries of independent tribes into a nation-state able to manage its own internal and external security without interference by outside powers. After 20 years of fighting, the Taliban returned to Kabul and control for the time being of this divided country.

Despite the remarkable airlift of an estimated 130,000 Americans, allies and Afghan friends, there are between 200 and 1,000 US citizens remaining in the country who want to get out and cannot.

There are critical lessons to be learned from the Afghanistan War.

One, we should only go to war with clearly defined realistic objectives and an exit strategy. Heritage’s longstanding foreign policy expert Kim Holmes has outlined our vital interests that would justify war:

“Protecting American territory, sea lanes, and air space. Preventing a major power from controlling Europe, East Asia or the Persian Gulf. Ensuring US access to world resources. Expanding free trade throughout the world. Protecting Americans against threats to their lives and well-being.”

It is the last condition that justified the Afghanistan War -- which, in fact, we won in a matter of months and with the loss of a handful of soldiers. (The Taliban lost control of Afghanistan by early December.) Not on the above list: nation-building.

Two, we must accept that we live in a dangerous, violent world that requires us to maintain a strong national defense to defend our vital interests.

Three, we should remember that we won the initial stage of the Afghanistan War but lost the peace because of the withdrawal of just a small US force and air support. This force was enough to keep the Taliban from seizing and holding a single provincial capital for almost 20 years.

Four, we should look back and reflect on how Americans came together after 9/11 as an example for us today.

Immediately following the terrorist attacks, there was a mighty surge in military enlistments by teens and young adults so often dismissed as spoiled and self-absorbed. Thousands of Americans lined up to give blood.

Millions of dollars were donated to the American Red Cross, the Salvation Army and other welfare organizations. Attendance at churches, synagogues, and mosques doubled. Among the messages from religious leaders the words of Pope John Paul II stand out: “Even if the forces of darkness appear to prevail, those who believe in God know that evil and death do not have the final word.”

Examples of patriotism and sacrifice were everywhere. There was the quiet eloquence of an office worker explaining why he risked his life to help someone buried in the rubble at Ground Zero in lower Manhattan. A New York City fire chief choked back tears as he spoke of a priest friend who disappeared in a cloud of dust as he searched for people to comfort.

There were the passengers on United Airlines Flight 93 who decided to “do something” to stop the terrorists who had seized their plane. Their heroism prevented the hijackers from plunging the jet airliner into the US Capitol.

Americans did not crack and come apart. They stood strong on a foundation the Founding Fathers built 2 1/2 centuries ago -- a unique mix of political and economic liberty.

A great president has attested to American exceptionalism. President Ronald Reagan declared that what united us far outweighed what divided us. Speaking beneath the Statue of Liberty in New York City Harbor, the president reaffirmed that we are one nation under God. Black and white, he said, we are one nation indivisible. Republican and Democrat, we are all Americans.

“Whatever the trial and travail,” Reagan said, “let us pledge ourselves to each other and to the cause of human freedom -- the cause that has given light to this land and hope to the world.”

Is such brotherhood possible today? It is -- if we draw on the wisdom and the resolve of the past. If we abandon the rigid mindset of red and blue, Black and white, rich and poor. If we reaffirm our commitment to a united America.

The lessons we draw from the Afghanistan War matter -- to our allies, to our adversaries, and most of all to the rising generation that needs reassurance that America’s best days are not behind her but yet to come.


Lee Edwards
Lee Edwards, Ph.D., is the Distinguished Fellow in Conservative Thought in the B. Kenneth Simon Center for Principles and Politics at the Heritage Foundation. -- Ed.