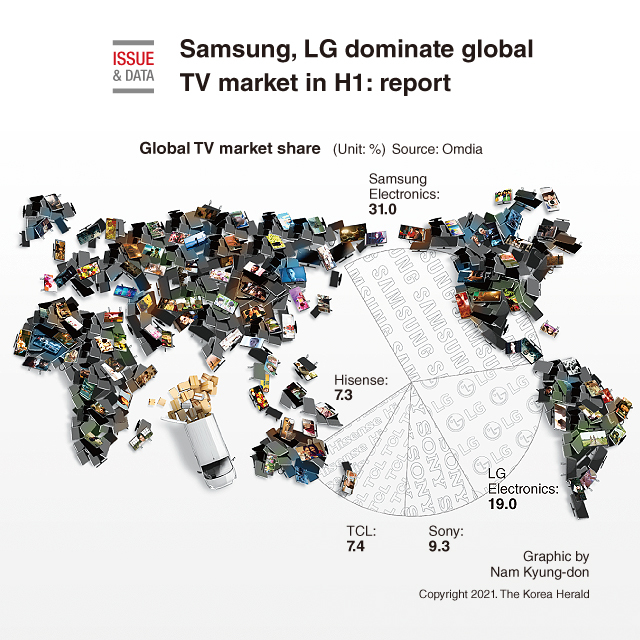 South Korea’s top two TV makers - Samsung Electronics and LG Electronics - represented half of the global TV market in the first half of the year, a report showed, as they maintained their leadership in the premium segment.

Samsung accounted for 31 percent of the global TV market in terms of sales revenue to defend its top status in the first six months of 2021, while LG followed with 19 percent, according to data from industry researcher Omdia.

Japan’s Sony came in third with 9.3 percent, followed by Chinese makers TCL with 7.4 percent and Hisense with 7.3 percent. (Yonhap)