[William L. Silber] The danger of ‘nothing to lose’ 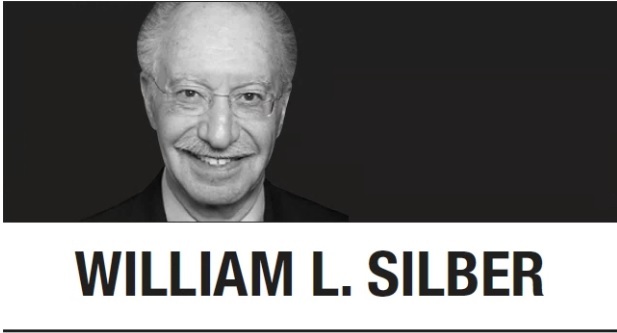 Presidents, generals, dictators and ordinary people take big risks when they have nothing to lose, similar to a football quarterback throwing a so-called Hail Mary pass. But the consequences of such a strategy in politics, war and business are usually more serious than the outcome of a football game. In the Middle East, for example, it has produced continuous conflict because the warring parties feel as though they have nothing to lose.

The brokerage firm TD Ameritrade’s annual collegiate stock market contest illustrates the incentives when there is “nothing to lose.” Each team begins with a paper allocation of $500,000, and a final cash prize goes to the team whose portfolio earned the highest profit in the space of a month. In 2015, students from Southeast Missouri State University beat 475 other entrants by turning $500,000 into $1.3 million. None of the winning students knew anything about finance, so how did they do it? According to the team captain, “We had nothing to lose. If we end up losing all $500,000, oh well. We basically just decided to be as risky as possible.”

This go-for-broke approach exploited the rules of a contest that rewarded only the biggest gain, while ignoring all the losses. The students were protected against losing money, so they devised their strategy accordingly. This anecdote may sound trivial, but that same logic is often followed by protagonists in real-world conflicts.

For example, the pursuit of “unconditional surrender” during wartime can have catastrophic unintended consequences. When US President Franklin D. Roosevelt issued this politically popular demand during World War II, the Nazi propaganda minister, Joseph Goebbels, told Hitler that now, “the Germans have nothing to lose and everything to gain” by continuing to fight.

Gen. Dwight D. Eisenhower, the Allied commander in Europe and future US president, agreed with Goebbels. In November 1944, he warned the Combined Chiefs of Staff in Washington that the “enemy’s continued stolid resistance” comes, in part, from “Nazi propaganda which is convincing every German that unconditional surrender means the complete devastation of Germany and her elimination as a nation.”

Hitler relied on that spin to motivate his troops for a desperate counterattack in December 1944 (the Battle of the Bulge), saying beforehand that it was “really a kind of Hun battle in which you either stand, or fall and die.” Hitler’s roll of the dice -- his Hail Mary pass -- did not change the outcome of the war, which was already lost. But it did produce the worst atrocity inflicted on US troops in Europe: the massacre at the Belgian town of Malmedy.

A similar nothing-to-lose attitude drives the continued wars between Israel and Palestine. In 1973, when Israeli Prime Minister Golda Meir met Joe Biden, then the freshman US senator from Delaware, to discuss Israel’s security, she said, “Don’t look so worried. ... We Israelis have a secret weapon. We have nowhere else to go.”

More recently, Israel has felt it has nothing to lose in fighting Hamas, because the organization’s founding charter denies the right of the Jewish state to exist. Article 11 of the charter begins, “The Islamic Resistance Movement believes that the land of Palestine has been an Islamic Waqf throughout the generations and until the Day of Resurrection, no one can renounce it or part of it, or abandon it or part of it.” And Article 13 fully closes the door on peace: “The so-called peaceful solutions, and the international conferences to resolve the Palestinian problem, are all contrary to the beliefs of the Islamic Resistance Movement.”

But Israel must also deal with Palestinians who just want a state of their own, rather than Israel’s destruction. As Riyad Mansour, the Palestinian observer at the United Nations, noted in response to the latest conflict in Gaza this past May, Israel has “failed in defeating Palestinian consciousness and in breaking apart our national belonging. ... We all stand at a crossroad.”

At the same time, Tzipi Livni, a former Israeli vice prime minister and justice minister, wrote, “The two-state solution ... seems as important as ever. Even if peace is not around the corner, the point of no return is closer than ever before. We must not go there. The most important thing for now is to keep the road open.”

In other words, beware of enemies with nothing to lose.

Martin Luther King Jr., a little over a year before he was murdered in Memphis, used a similar idea for avoiding armed revolution:

In a world beset by new and old zero-sum conflicts, this lesson remains as timely as ever.


William L. Silber
William L. Silber, a former professor of finance and economics at the Stern School of Business, New York University, is currently a senior adviser at Cornerstone Research. He is the author of “The Power of Nothing to Lose: The Hail Mary Effect in Politics, War, and Business” (Morrow/Harper 2021). -- Ed.