Asian Art Museum in US explores Korean culture through portraits 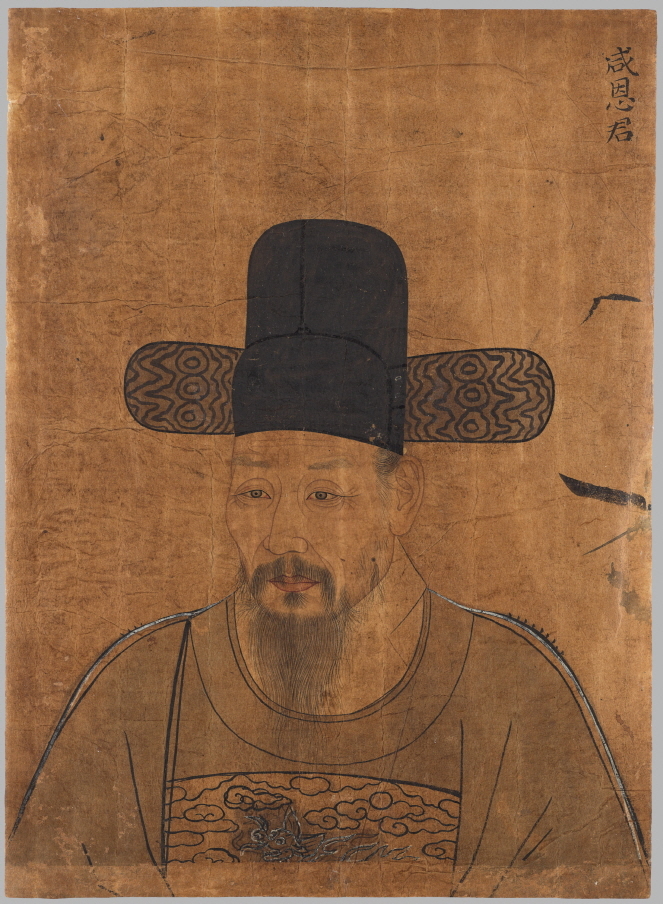 "Draft portrait of Lee Sam” in 1751 from Joseon Dynasty (Asian Art Museum, Gift of Arthur J. McTaggart)
The Asian Art Museum in San Francisco is showcasing the first major exhibition of Korean portraits from past to present, exploring the identity and legacy of Korean history and culture.

Titled “Likeness and Legacy in Korean Portraiture,” the exhibition kicks off on Friday and runs through Nov. 29, featuring a variety of Korean portraitists from the Joseon era (1392-1910) to works reflecting today’s selfie culture.

“What makes Likeness and Legacy unique is that we move beyond a specific moment in time to pair the traditional draft paintings with a selection of finished portraits on silk as well as contemporary approaches to portraiture by Korean and Korean American artists,” said Hyonjeong Kim Han, associate curator of Korean art at the Asian Art Museum.

“This allows visitors to understand how the role of portraiture has evolved in establishing identity and legacy, and to see how portraits navigate the shifting boundaries between the individual and the collective, especially in the larger context of Korean culture and recent history,” she added.

The highlight of the exhibition is a series of portraits of “bunmu” -- which refers to renowned military -- from the Joseon era. The portraits were initially commissioned in 1728 by King Yeongjo as a reward for quelling an armed rebellion that threatened the young regime.

The set of eight drafts presented at the exhibition are the works of an additional series of portraits of the original sitters recommissioned in 1751. The portraits of bunmu officials still alive in 1751, which show them at a later stage in life, is in stark contrast with those of the officials who had already passed away, as they could only be drawn based on the initial portraits in 1728.

The portraits are valuable works in Korean art history as they show the astonishing level of precision of official Korean portraiture under the influence of Confucian ideals, capturing and reflecting the sitters’ personalities with individualized and incredibly detailed facial expressions.

The two students in the photographic prints appear to be a standardized appearance of a typical student at the time. Suh aimed to express the pressures of conformity in Korea’s educational system.

Self-taught painter Yun Suk-nam has been a formative presence in Korea’s art scene since the 1980s, creating art that advocates women’s rights. Using her imagination, Yun painted portraits of female activists in Korean history who have long been neglected by historians and did not leave behind any official portraits.

Yun presented portraits of 16th-century female poets Heo Nanseolheon (1563–1589) and Yi Mae-chang (1573–1610) at the exhibition, creating intimate renderings that project the inner power of these no longer forgotten women. 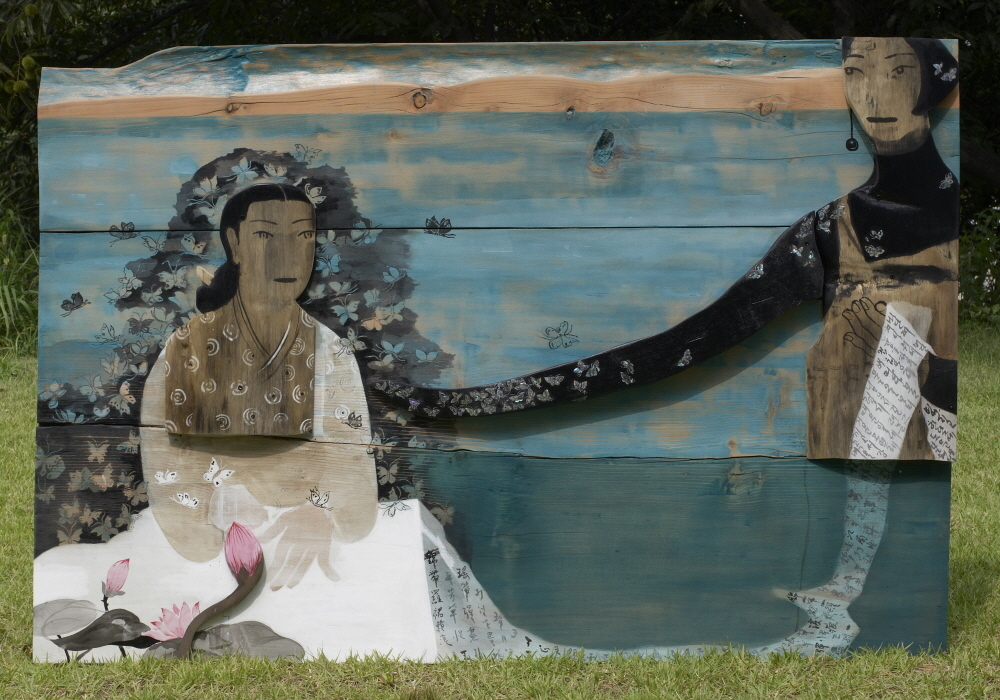 "Heo Nanseolheon” by Yun Suk-nam (Courtesy of the artist)
The exhibition is accompanied by a catalogue published by the Asian Art Museum featuring original research and essays from Hyonjeong Kim Han, Soomi Lee, Kyungku Lee, and Robyn Asleson. The softcover catalogue can be ordered online through the museum’s online store.