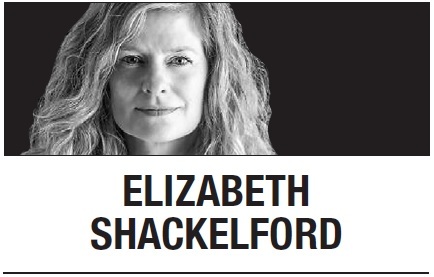 All these disasters have two things in common: In each, the United States has poured in more than a billion dollars in aid in the past 10 years -- substantially more in some cases. And in each, it hasn’t worked.

This isn’t an argument against foreign aid. Properly spent and administered, it can help weak developing countries become strong friends. But right now, we’re in a new cold war with China. Both sides will use aid to try to buy influence and loyalty. So this is a good time to rethink how we spend it. We must insist that our investments are driven by our values and that quality of results is more important than quantity of effort.

We’ve learned that more money doesn’t translate into better outcomes. Consider Haiti, which has received $13 billion in international aid since a 2010 earthquake; the country is somehow doing worse than it was before, not better. When our assistance exceeds the capacity of a country’s institutions to absorb it, and we fail to account for its impact, too much generosity can fuel only corruption and preserve bad governance, even as it buys a few fickle friends.

I saw this as a US diplomat serving in weak states propped up by international support. The level of US attention to countries like Somalia and South Sudan was encouraging at first. With all our money, certainly we could do something positive. But too often, it doesn’t last. This July has been a stark reminder of the limits and mishaps of foreign aid.

Both China and the United States may be about to learn this lesson again. Great power competition could fuel more instability and corruption in these locations. The US is right to use its leverage to influence countries to its side in a growing ideological battle, but we should focus on building able partners and allies, not engaging in a crude bidding war.

But the hard and slow work of institution building doesn’t lend itself to easy wins. There is no quick path to good governance and no way to easily quantify those outcomes. As a result, donor governments, development professionals and aid organizations focus on what they can readily demonstrate. Elections can be captured in a social media post and front-page headline. Dollars spent are easily measurable.

At a personnel level, US foreign aid works similarly. Much of the success in the diplomacy and development professions hinges on the size of the budget and team you manage. You aren’t likely to be promoted for admitting a program has failed and closing it down, but doubling a program’s size is an accomplishment in your annual review.

If the goal is a peaceful and stable country, however, these tools are not evidence of results. Both Haiti and Afghanistan are clear examples that more money can instead be part of the problem.

How can we change the culture of international aid to ensure that more isn’t equated with better and that short-term stability isn’t preserved at the cost of long-term progress? How can we build in incentives for acknowledging when assistance isn’t leading to positive results and ending programs that are detrimental?

President Joe Biden and Secretary of State Antony Blinken have both asserted that America must take the lead again in promoting democracy across the globe. Doing so means scrutinizing the impact of our interventions to ensure they don’t promote undemocratic behavior. If we have different foreign policy aims than China, we need to conduct our foreign policy differently too, and that means holding ourselves to account for the outcomes we facilitate.

We can promote better foreign aid by rewarding personnel who wind down ineffective programs rather than expanding them. We must invest in long-term analysis of impact and admit failures so we can learn from them, rather than repeat them out of habit. Greater congressional oversight would help, too, if lawmakers prioritized impact. We must resist responses driven by emotion. Calls to urgently respond to the crisis in Haiti without clear goals are a good example of the risk of acting for the sake of acting alone.

We also must accept that circumstances aren’t always ripe for effective intervention. Without the buy-in of an engaged national partner, external intervention at best is futile.

International assistance is a vital tool in our foreign policy toolbox, but its value, to us and the receiving country, is not innate but comes in the outcomes it creates. Sometimes doing less is better. Sometimes doing nothing is best.