While he has gained much popularity with his iconic sculptures, it hit him one day that he was finding it difficult to put his works into words. He then became skeptical about his own work.

“Over the past several years, I strived to search for something. I don’t know what it is exactly, but I realized I could not express my works in words,” Yi told The Korea Herald on Friday at Gallery Yeh in Seoul, where his solo exhibition is taking place.

Then shadows came to his mind and have now become the main theme of his new works, including the 10 new sculptures that are on show at Gallery Yeh. Yi said his works are like shadows in that they do not contain the essence of things.

“Shadow can be seen with the eyes but they do not exist in reality. I thought that that characteristic resembles my works. The sculptures exist and they are before our eyes, but I failed to verbalize those works, which could mean that they are just an illusion,” he said.

The artist confessed he had sunk into deep despair when he was obsessing over the thought that he could not put his works into words. “I felt like I was lost,” Yi said.

Yi’s thoughts on works as shadows expanded to his perspective about the present. Although we all believe that we are living in the present, the present actually could be meaningless, as things change gradually as time passes.

“We are all changing. Even my little son changes every moment,” he said. “Our lives are pretty much like the shadows,” he said. 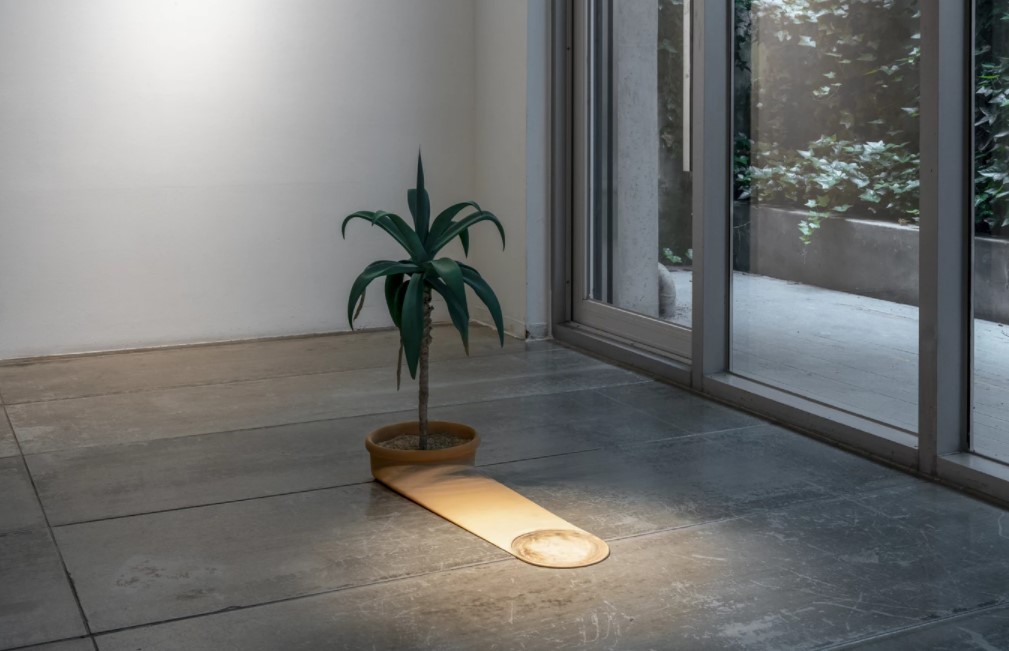 "Untitled” by Lee Hwan-kwon (Gallery Yeh)
One of the sculptures, a flowerpot with its shadow, is placed on the floor by a window. Yi did not title the work because he believes the interpretation of his work is up to the viewers.

“One winter morning, a flowerpot with a shadow came into my sight. I was like, ‘This is it!’ Honestly, many of my works were inspired by happenstance,” the artist said.

On the third floor, a large sculpture depicts a man in pajamas stretching in front of a window in the morning. The man is the artist’s father-in-law. The exaggerated long legs that extend behind him look like the man’s shadow.

“People say ‘good morning’ and try to start the day with excitement when the reality is not that good. Rather, they are trying to look OK by saying, ‘What a good morning,’” he said. 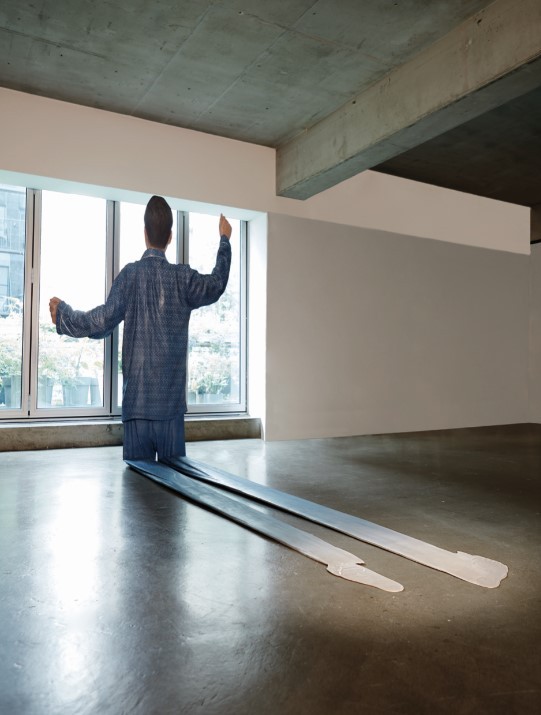 "Untitled” by Lee Hwan-kwon (Gallery Yeh)
Despite the nuance of the word “shadow,” his works do not look as dark and ominous as some people might imagine. They look rather bright, humorous and mischievous. That image probably comes from his own cheerful and bright character, the artist said.

Yi confessed that artists are easily obsessed with the thought that they always have to create something new and original. Yi, however, thinks that artists need to try to shake off such obsessions and be a bit “foolish.”

“Sometimes you will get lost, intoxicated by some temptations, for example when you make a lot of money as an artist or a famous person tries to approach you,” Yi said. “But you need to try to forget about such things, and try to escape from the compulsion that you need to create something new. That way, you may probably be able to start your next works again, innocently.”