Internet-only banks in war for talent ahead of IPO 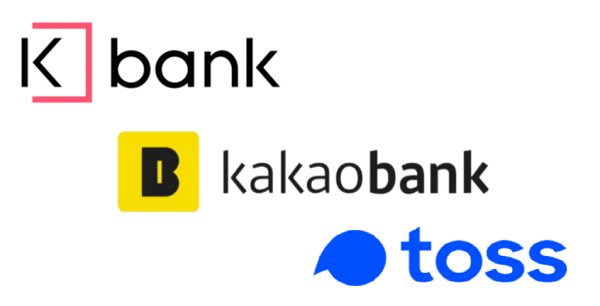 South Korea’s internet-only banks are battling to secure top talents as they prepare to take on their next big challenges -- a public listing for KakaoBank and the official launch of Toss Bank.

KakaoBank said Thursday that it had exceeded 1,000 employees as of the end of June, more than doubling the workforce of 390 it had in 2017 when it launched. The company is preparing for its initial public offering, which is expected to raise more than 2 trillion won ($1.77 billion).

Toss Bank also announced on the same day that the company, which is scheduled to launch as early as September, is looking to take on 50 new staff members with a focus on the IT sector by July 14. The company currently has about 160 employees. Last month, the banking arm of financial technology app Toss was given the green light from financial authorities to launch the country’s third internet-only bank here.

In addition to KakaoBank and Toss Bank, K bank, the country’s first internet-only bank, which doubled its capital via rights offering of 1.2 trillion won last month, said the company onboarded more than 50 fresh employees in the first half of the year, and would continue to strengthen its ranks to the current 400 staff of leading talent.

To stake their claim on the best of best, the companies boast various perks. KakaoBank, which will pour in 30 billion won to win over skilled workers, offers flexible working hours and free health checkup services for its employees and family members.

Toss Bank proffers a 1.5 times salary hike from the candidate’s previous job on top of a signing bonus and stock options.

All three banks aim to expand loans for thin filers in accordance with the government’s policy direction. The government approved the first two online-only banks in hopes to bring innovation to low- and mid-credit loans in 2016 and 2017.

The growing workforce for the three internet-only banks contrasts to the decreasing number of employees in the five major commercial banks, which fell to 74,716 as of end-March this year from 76,946 a year prior.