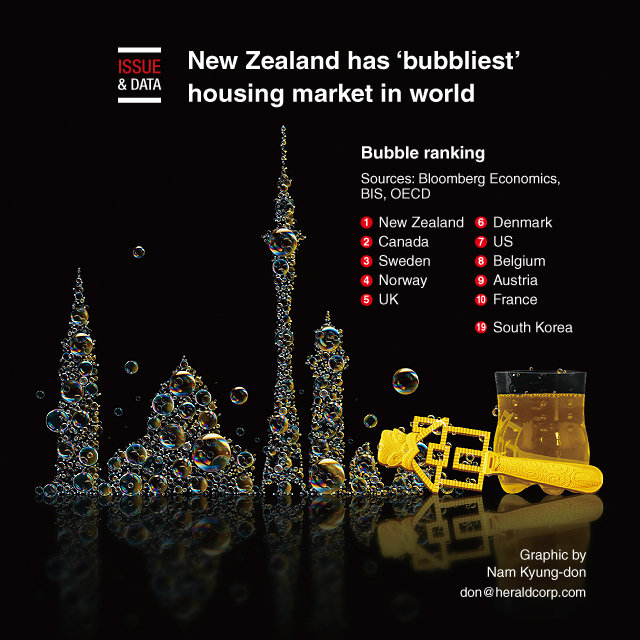 New Zealand has the bubbliest housing market in the world, followed by Canada and Sweden, according to a ranking by Bloomberg Economics.

Real estate prices around the world are flashing the kind of bubble warnings that haven’t been seen since the run-up to the 2008 financial crisis, the global news service said.

Bloomberg ranked the world’s frothiest housing markets based on key indicators such as the price-to-rent ratio, price-to-income ratio, price growth and credit growth.