- Promotion of '2021 Cheongju Craft Biennale & K-Craft' on a large billboard in Times Square, New York on the 24th (Thursday)

- From next month, online and offline advertisements using augmented reality (AR) will also be introduced.

CHEONGJU, South Korea, June 21, 2021 /PRNewswire/ -- The 2021 Cheongju Craft Biennale to appear on the main billboard in Times Square, New York, at the crossroads of the world. 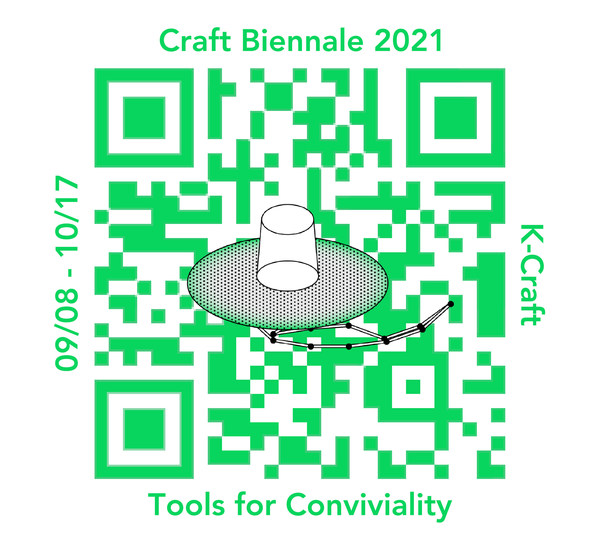 This is the first time that a global advertisement has been conducted in Times Square, New York, since the Cheongju Craft Biennale began in 1999. It contains the meaning of inviting people to the world.

Inspired by the fact that Netflix's original series 'Kingdom' caused a 'Korean hats (Got) waves' around the world, an advertisement that combines 'Got' and 'QR code', which are the representative icon of this biennale poster and the symbol of K-craft The Biennale, which introduced The Biennale, explained that anyone who touched the billboard can see the biennale promotional video produced in English and check the event information through a smartphone.

Times Square in New York, which began to revitalize as the U.S.'s COVID-19 vaccination rate rose sharply, has recently been actively used as a venue for global campaigns to promote Korean culture, such as K-pop, Hanbok, and Kimchi, to the world and produce issues.

The Biennale said, "This global promotion, conducted about 70 days before the opening, will be a good signal to spark international interest and boom in the Cheongju Craft Biennale despite the Covid-19 pandemic. We will continue to promote 'K-Craft'".

The Biennale, which introduced a global advertising project in Times Square in New York, is scheduled to introduce various online and offline advertisements using augmented reality (AR) from next month. Starting with New York, the biennale will continue its efforts to promote the biennale to global cities such as Europe and Asia.

Meanwhile, the 2021 Cheongju Craft Biennale, which will expand the territory of K-Craft to the world, will be held for 40 days from September 8 to October 17 under the theme of 'Tools of Conviviality' along with an online and offline exhibition at the Culture Factory and Cheongju City.