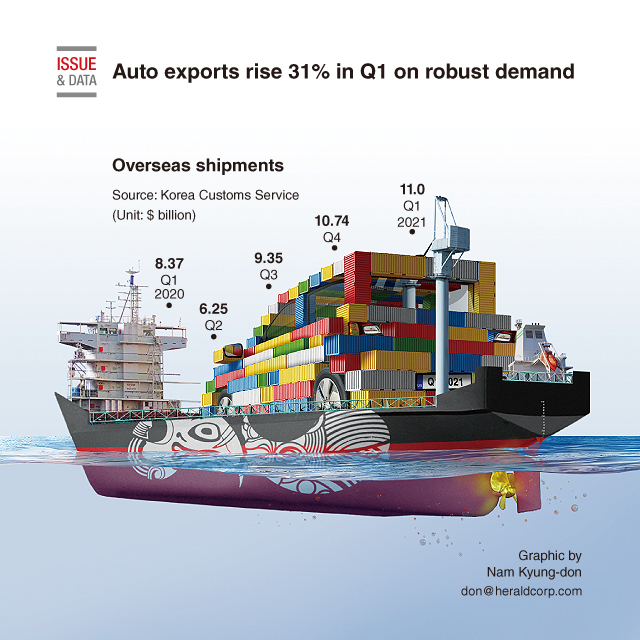 South Korea’s exports of autos grew 31.4 percent on-year in the first quarter on the back of brisk shipments of sedans and eco-friendly vehicles, data showed.

The country’s outbound shipments of cars came to $11 billion in the January-March period, compared with $8.37 billion the previous year, according to the data compiled by the Korea Customs Service.