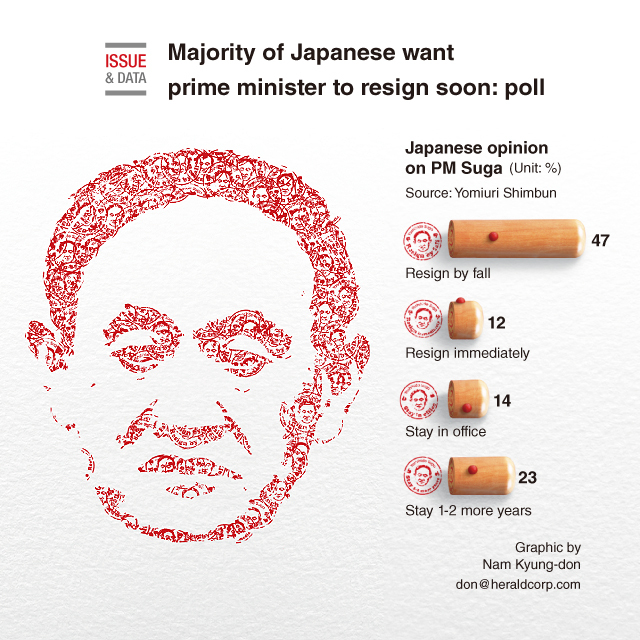 The majority of respondents to a Japanese poll said they would prefer to see Japanese Prime Minister Yoshihide Suga resign either immediately or by fall, according to a local press report.

A recent survey showed 47 percent of 1,000 polled said they would prefer Suga resign in September, when a ruling party leadership contest is scheduled to take place, the Yomiuri Shimbun reported.

The report comes as the Health Ministry disclosed data showing 80 percent of COVID-19 deaths occurred in Japan’s third wave of coronavirus infections that began in November, according to the Asahi Shimbun. Suga began his term of office in September. (UPI)