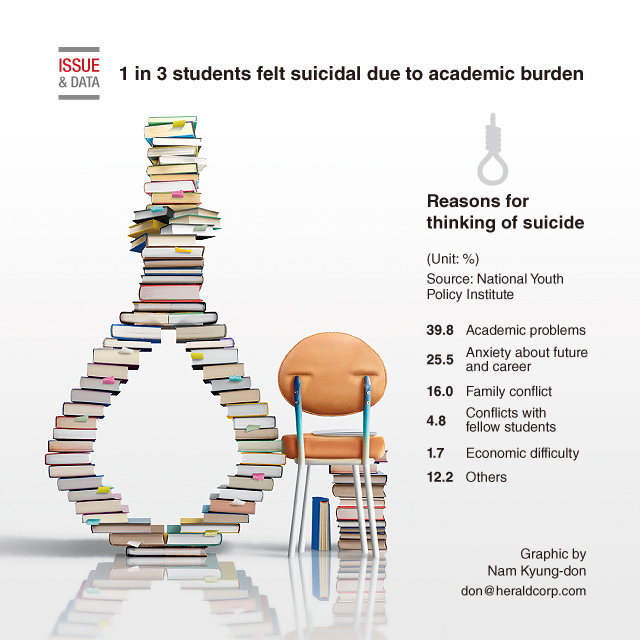 Nearly 1 out of 3 middle and high school students in South Korea mulled suicide over the past year due to academic burden, a survey showed.

In a poll of 5,669 middle and high school students conducted by the state-run National Youth Policy Institute from July to October last year, 27 percent said they had thought of taking their own life within the last year. By gender, 35 percent of female students said so, compared with 19.6 percent of male students.

Asked about the reasons for thinking of suicide, 39.8 percent cited academic problems, such as school grades and academic stress, followed by anxiety about the future and career and family conflict, the poll showed. (Yonhap)