Lee’s art collection to be split up, donated to public sector

Some experts say collection should have been kept intact 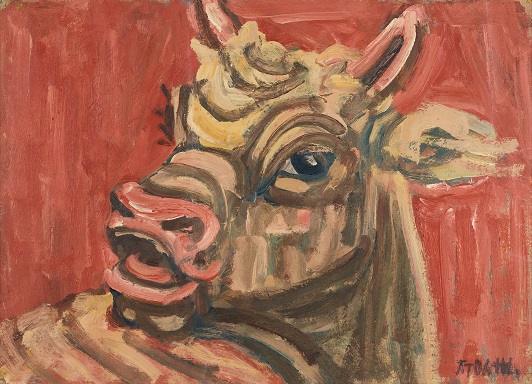 Around 23,000 art pieces -- 21,600 antique works and 1,600 modern and contemporary works -- will be donated to a number of public museums around the country as well as to Seoul National University, according to Samsung.

Explaining that Lee’s collection contains many works by Park Soo-keun, a source from a company that appraised Lee’s collection told The Korea Herald on Wednesday morning that some of those pieces would go to the Park Soo Keun Museum in Gangwon Province. “Some masterpieces by Lee In-seong, who is a Daegu-born artist, will go to the museum in Daegu,” according to the source.

Experts welcomed the news that many of the works would be donated to smaller public museums dedicated to specific artists, pointing out that they often lack the funding to purchase major works by the artists to which they are dedicated.

“It is good news that Lee’s valuable artworks are being donated to society, given to national museums. I find it a pity that some art museums dedicated to Korean art masters do not own many paintings by the artists,” said Hwang Dal-seung, the president of the Galleries Association of Korea.

An official from the Lee Jung Seop Art Gallery welcomed the news but deferred making further comments, saying that an official statement would be issued Thursday. The museum currently holds 47 pieces by Lee.

Regional museums dedicated to Park Soo-keun and Lee Jung-seop have struggled to secure the artists’ works for their collections due to their scarcity and high price tags.

But not everyone welcomed the news that Lee’s collection would be split up.

“It seems the collection will end up scattered in different entities across the country, which lowers the value of the collection. It would have been better to keep the collection as a whole at one place to showcase as Lee Kun-hee’s collection. That would have helped attract more attention and visitors to the works both from home and abroad,” said Choe Byong-suh, an honorary professor at Dongduk Women’s University.

“The Lee family is sensitive about the public sentiment about the company and this has influenced their decision to donate the artworks to the public,” an expert who declined to be named told The Korea Herald. “National museums, including MMCA, will see their status elevated globally. But it would have been better to build a museum solely dedicated to Lee’s collection, in collaboration with a talented architect. That would have been a great trademark of the Korean art industry, considering the value of the collection and the brand name of Samsung.”

Works from Lee’s collections have been shown at the Leeum Museum of Art, run by the Samsung Foundation of Culture.

The two national museums will use permanent exhibition halls to temporarily showcase some of the pieces from Lee’s collection this year. An announcement of the details on management and display of the works will follow, according to the museums.

“The MMCA will start unveiling some of Lee’s collection starting August at the Seoul venue first. The permanent exhibition halls in the Seoul and Gwacheon venues will be used for the moment,” Kim Jun-gi, the chief curator of MMCA, said during a press briefing on the collection held Wednesday afternoon in Seoul.

The National Museum of Korea will present representative antique works from Lee‘s collection in June and October 2022, including “Inwang Jesaekdo (Scene of Inwangsan Mountain After Rain)” by Jeong Seon, which was designated National Treasure No. 216. The museum will also show the works in rotation at a permanent exhibition hall.