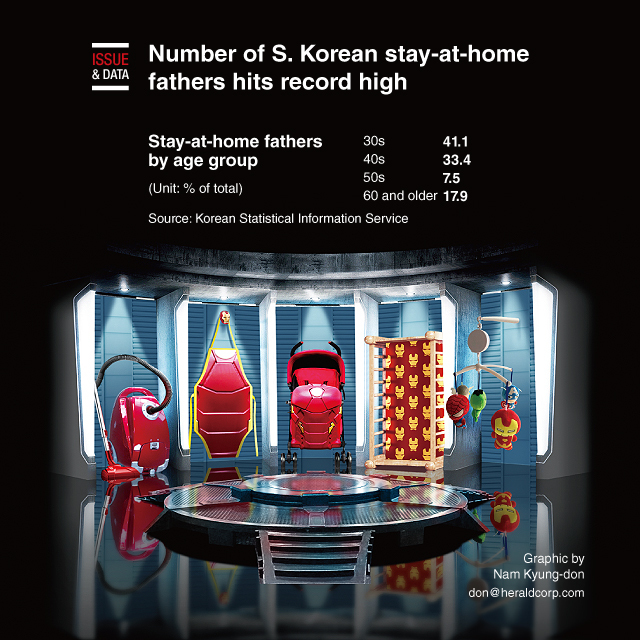 A total of 13,000 South Korean men outside the labor force were in charge of child care last month, up 6,000 from a year earlier, according to the data from the Korean Statistical Information Service.

It was the largest number since data tracking began in 1999.