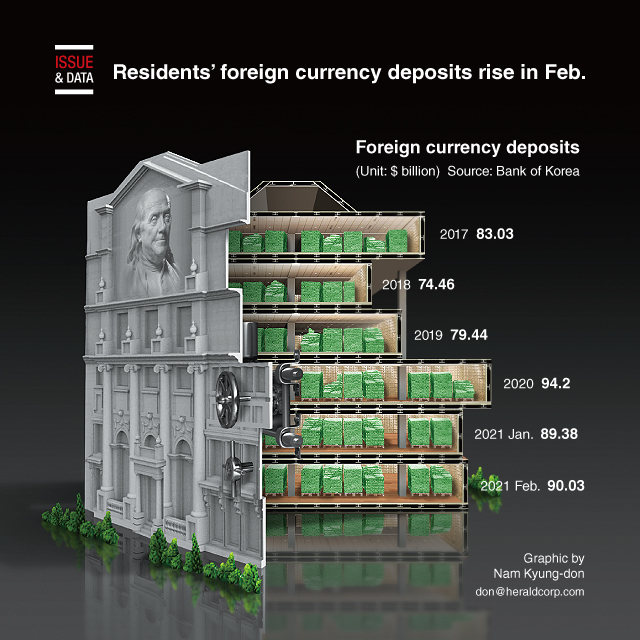 Foreign currency deposits at banks in South Korea rose in February, mainly due to a gain in corporate holdings of US dollar deposits, central bank data showed.

Outstanding foreign currency-denominated deposits held by residents amounted to $90.03 billion as of end-February, up $650 million from the previous month, according to the data from the Bank of Korea.