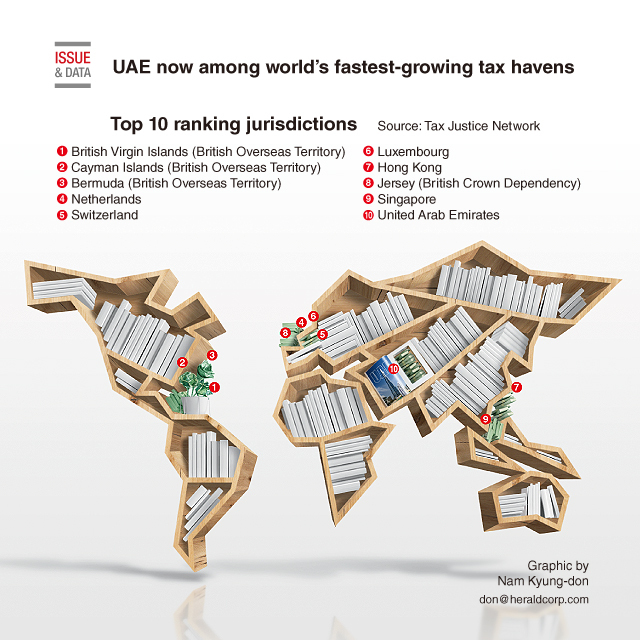 The United Arab Emirates, a magnet for the globe’s ultrarich, has also emerged as one of the fastest-growing corporate tax havens, according to a study that highlighted a $200 billion-plus money flow to the country.

The index by the Tax Justice Network, which highlights countries that attract companies to shrink their tax bills, added the United Arab Emirates to its top-10 ranking that includes Switzerland and Bermuda.

Britain’s offshore territories of the British Virgin Islands, the Cayman Islands and Bermuda were named as the most significant jurisdictions used by companies to minimize their tax, followed by the Netherlands.

The United Arab Emirates joined the top ranking at No. 10 after multinationals rerouted over $218 billion of foreign direct investment via the Netherlands to the UAE to save taxes, the study said, bolstering financial activity by almost 180 percent. (Reuters)