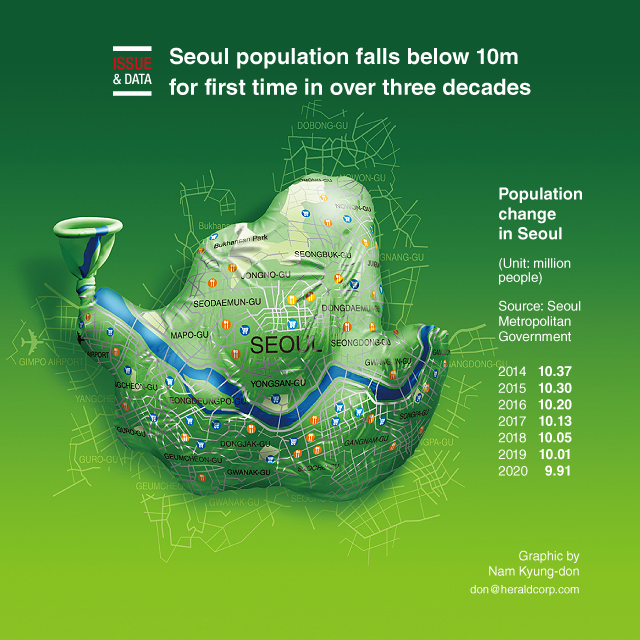 Seoul’s population has fallen below 10 million for the first time in over 30 years, the city government said.

The total stood at 9,911,088 residents at the end of last year, with 9,668,465 citizens and 242,623 foreign nationals living in the capital, the local government said, citing data from the Interior and Justice ministries.

This marks the first time since 1988 that Seoul’s population has dipped below 10 million.

The South Korean capital posted a population of 10.29 million that year before peaking at 10.97 million in 1992 amid the city’s industrialization, the local government said. (Yonhap)