[Graphic News] BTS most tweeted about musician in US in 2020 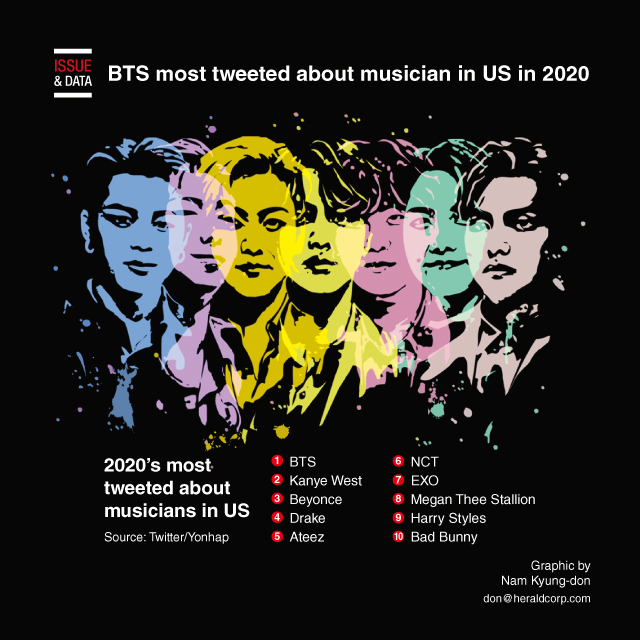 K-pop sensation BTS was the most tweeted about musician in the United States last year, the band’s agency said.

In a recent survey by Twitter, BTS topped the list of 2020 most tweeted about musicians in the US, followed by Kanye West, Beyonce and Drake, according to Big Hit Entertainment.

Other South Korean bands, Ateez, NCT and EXO, also made the top 10, along with Megan Thee Stallion, Harry Styles and Bad Bunny.

BTS made a splash in the US music scene last year as its first English-language song “Dynamite” debuted at No. 1 on Billboard’s Hot 100, becoming the first song by any Korean artist to top the US weekly singles chart. (Yonhap)