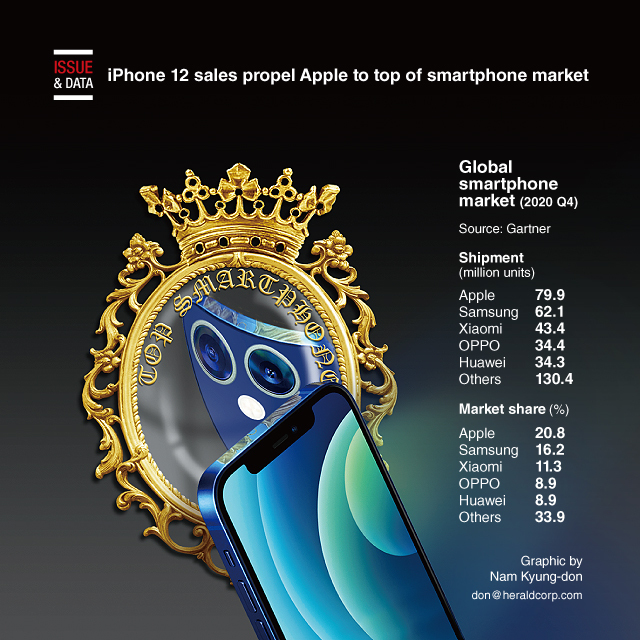 Strong sales of iPhone 12 models lifted Apple to the top of the global smartphone market in the fourth quarter, a survey showed.

The report by market tracker Gartner showed Apple sold some 79.9 million iPhones in the final three months of the year - a 15 percent surge from a year earlier - to leapfrog Samsung in sales in a global smartphone market which shrank by some 5.4 percent.

The California giant captured 20.8 percent of the market to take the top spot for the first time since the fourth quarter of 2016, according to Gartner.

Samsung saw an 11.8 percent dip in sales to 62.1 million units in the period, giving the South Korean company 16.2 percent of the global market. (AFP)