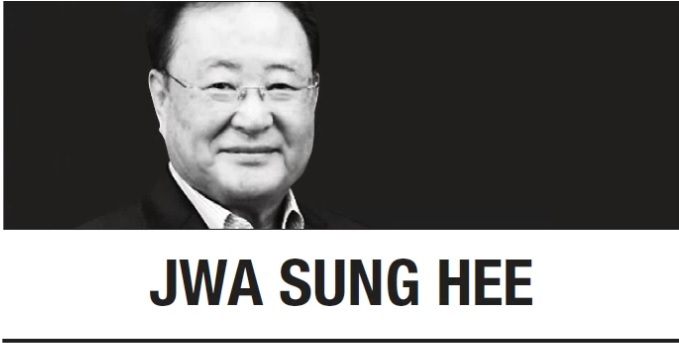 As Korea has developed into the 10th-largest economy in the world, many in Korea now wonder when the country will win a Nobel Prize in the five scholarly categories. Frustrated, Korea’s basic science community even voices a call for the establishment of a dedicated incubator program to support promising scientists and their research. And yet, few dare to entertain, indeed argue for, the notion that the “Saemaul Undong” (literally translated, “New Village Movement”), the domestic pillar of the Korean economic development strategy, merits a Nobel Peace Prize, if not a Nobel Memorial Prize in Economic Sciences which is only awarded to living scholars. This reticence is indeed unfortunate when one considers the fact that the Korea’s unprecedented economic success, dubbed the “Miracle on the Han River,” is a historical feat rarely achieved by any nation before or since, let alone by a country that was one of the poorest nations on earth in the 1950s.

The true significance of the Saemaul Undong needs to be understood within the larger historical context. The Korean Economic Development Strategy was the defining economic policy of the Park Chung-hee administration in the 1960s and 1970s that allowed Korea to sustain a record-setting shared-growth rate for over three decades, culminating in Korea becoming the world’s 10th-largest economy. This stellar success was possible because the Park administration dared to boldly adopt an economic policy far beyond the envelope of the conventional wisdom of the time, and to single-mindedly implement it against the learned naysayers in the field of economics. The Korean Economic Development Strategy remains as relevant today as it ever was during the heydays of the Miracle on the Han River --- a veritable “living economics.”

However, the success of this policy could not have been possible without its centerpiece, the domestic movement initiated and spurred on by the Park administration to pull the Korean countryside out of the enervating torpor that had gripped its existence for many centuries, if not for millennia -- the Saemaul Undong.

Orthodox economics had assumed that humans are “rational beings” and that economic prosperity is achieved when economic freedom is guaranteed. However, as the world’s economy grew in size and complexity during the 20th century, the limitations of this theory in explaining the economic realities of the real world became increasingly apparent. Then behavioral economics emerged in the 1980s to take up the challenge. Behavioral economics proposed that the concept of incentives must be considered to explain the economic behaviors of “non-rational humans” by arguing the economy could be understood only through the lens of incentives.

While the Nobel Economics Prize was awarded to the scholars in this field in 2002, 2017 and 2019, what is truly remarkable is that, as I have noted in several of my studies, the institutional incentive system as envisaged by those behavioral economists was the very linchpin of Park’s export promotion policy, heavy and chemical industrialization policy, and Saemaul Undong of the 1960s and 70s.

In particular, the 2019 Nobel Economics Prize was awarded to the economists whose experimental research was essentially a microcosm of the Saemaul Undong. Their research focused on what behavioral changes could be brought about through discriminative incentive schemes by using randomized controlled trials (RCT) like those used in clinical trials in medicine. The RCT divides the subjects into controlled and non-controlled groups and compares their behaviors under different incentive schemes. Their results demonstrated that even small incentive differentiation could make a significant difference in the behavior.

For comparison, let us take a look at the essence of Saemaul Undong policy as follows;

In the early 1970s, Korea launched the Saemaul Undong, purporting to develop rural communities comparably to urban development. In the fall of 1970, an average of 300 bags of cement and a ton of steel bars were supplied to approximately 34,000 villages nationwide, allowing them to select and implement suitable projects autonomously. After six months, the government assessed all the villages’ performance one by one and found that approximately 16,000 villages had made progress while 18,000 had not. For the second round, the 16,000 successful villages were given 500 bags of cement, 200 more than the previous year, as an incentive. In comparison, the unsuccessful 18,000 villages were left out from Saemaul Undong and received no government support. At the end of the second round, it turned out, 16,000 villages that performed well in the first round continue to excel, and, surprisingly, 6,000 out of the 18,000 left-out villages participated independently at their own cost and made a success of it. In this way, the government continuously carried out a strict meritocratic policy of supporting successful villages while dropping villages that did not perform well. The discriminative incentive policy based on each round’s performance was decided by Park alone at the risk of his own political fortunes, despite strong opposition from the State Council and the ruling political party concerned about losing the election.

President Park always emphasized the western maxim, “God helps those who help themselves.” which is, of course, a familiar refrain to most of us. It is from the Biblical parable of three servants, in Matthew 25. The Saemaul initiative, a “discriminative incentive policy,” is based on this principle. It is an incentive device that combines “gain framing” to reward positive results and “loss framing” to punish negative results, which are the basic components of the behavioral economics advanced by professor Dainel Kahneman et al. The principle is also consistent with the oriental maxim, “Never fail to reward for merit and punish for faults” -- phrased as “sinsangpilbeol” in Korean -- from the Legalist School in China about 2500 years ago.

As a result of this policy, the income disparity between urban and rural areas was reversed by 1974. By 1977, all villages attained the rank of the good performing self-reliant or self-help villages, and the under-achieving basic villages disappeared from the government’s scoreboard. The Saemaul Undong was indeed a “controlled economic development experiment” that discriminatively provided incentives depending on the corresponding achievement levels – an outstanding example of a “behavioral economics experiment” that no other leader has dared to implement since, let alone back in the 1970s. It was with this mindset that President Park succeeded in solving the perennial poverty that had gripped Korea for eons in 10 short years. This is truly a monumental achievement in the history of humankind. Even more astounding, this discriminative incentive policy was at the heart of his export promotion policy, SME support policy, and heavy and chemical industrialization policy. In short, the Miracle on the Han River was a direct result of this brave and determined behavioral economics experiment conducted on a nationwide scale.

Indeed, when evaluated side by side with the nearly inconceivable “Miracle of Failure” north of the DMZ, Park’s discriminative incentive policy can be regarded as one camp of controlled economic development experiments conducted over the entire Korean Peninsula. History has witnessed South Korea, which opted to reward self-motivation, achieving the Miracle of the Han River on the one hand, and North Korea, which opted to purged self-helpers by labeling them bourgeois, setting an abject example of a failed state.

While the research that won the 2019 Nobel Prize has made a significant contribution to the economic sciences, it bears little comparison with the Saemaul Undong in historic originality, scale, and impact. My studies have discovered that the theoretical framework borne out of said research had already been tried and succeeded by President Park in real life and under the dire economic hardship of the time. He literally invented, before it became a critical new trend in economic science, the incentive-based economics some 50 years ago, and executed the same through sheer grit and determination against all the naysayers and political opposition. In so doing, he quite singlehandedly set one of the poorest nations on earth onto a trajectory toward the giddying heights of the 10th-largest economy in the world today. In this regard, it is certainly not unreasonable to argue that the Nobel Prize should have been awarded to Park Chung-hee as the author of and the driving force behind this remarkable feat of historic proportions. Granted, Nobel Memorial Prize in Economic Sciences is awarded only to the scholars with outstanding academic achievements in the economic science. However, when one considers the fact that the Saemaul Undong has become one of the most popular models, albeit not fully gasped yet, for the eradication of poverty and the development of rural economies in the developing worlds over the past 50 years, its architect President Park, certainly merits a recognition by the Nobel Committee for his contribution to the global economic development at least by awarding him a posthumous Nobel Peace Prize.

Finally, besides, as a subject of economic research, the Saemaul Undong, as well as the Miracle on the Han River, is genuinely a mine of research topics well meriting a new paradigm of development economics. Therefore, I propose that the Korean, as well as world economics academia, pays more attention to the research on the Park era, especially acknowledging that most of his economic successes were achieved against the naysayers in the mainstream economics camp.