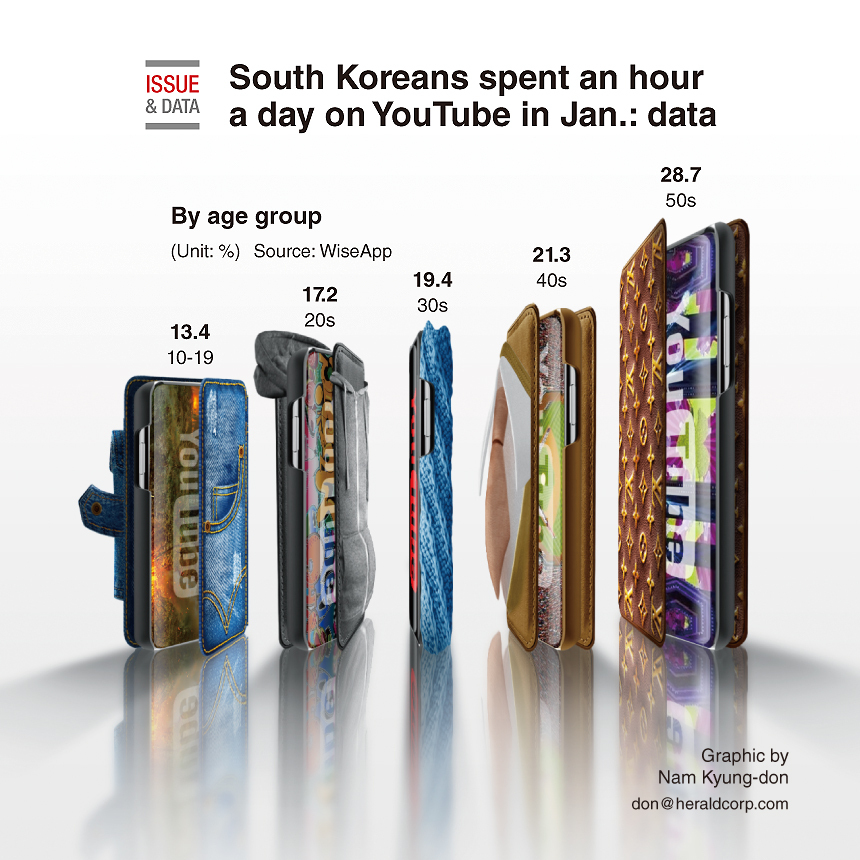 South Koreans are estimated to have spent an hour on average on the mobile YouTube app a day in January, data showed.

The average time a local mobile user spent on the video streaming app in January stood at 30 hours and 34 minutes, or 59 minutes a day, according to mobile app tracker WiseApp, based on data of Android and iOS users over the age of 10 in the country.