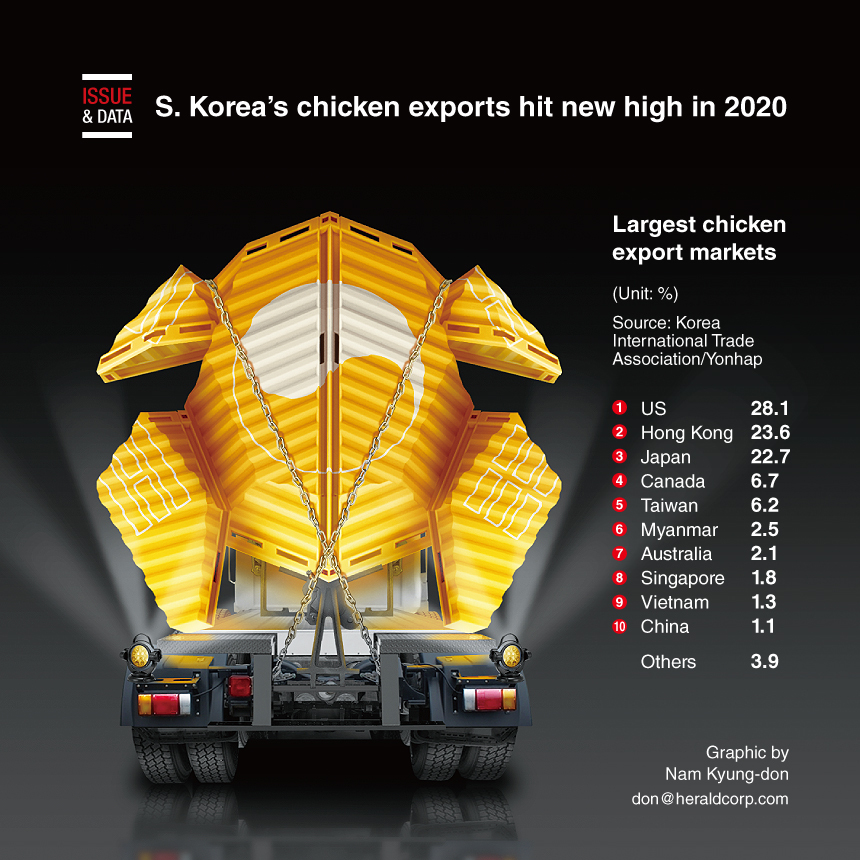 South Korea’s chicken exports touched a new high in 2020 amid growing worldwide demand for ready-to-eat products and the popularity of Korean pop culture, a report showed.

Overseas shipments of processed chicken came to $21 million last year, up 59.5 percent from a year earlier, according to the report from the Korea International Trade Association.

KITA said the jump came as exports of packaged traditional chicken soup, or samgyetang, and chicken breast spiked due to the coronavirus-induced demand for home meal replacements and the Korean Wave, or the overseas popularity of Korean dramas, movies and music.

The United States was South Korea‘s largest chicken export market last year, with shipments to the world’s No. 1 economy reaching $5.9 million, or 28.1 percent of the total. (Yonhap)