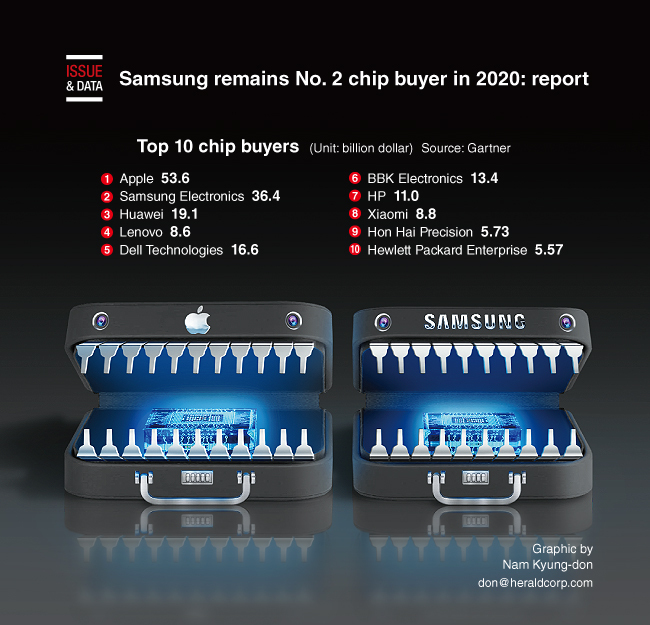 Samsung Electronics remained the world’s second-largest chip buyer behind US tech titan Apple last year, a report showed, while manufacturers’ spending on semiconductors increased due to the pandemic-induced stay-at-home economy.

Samsung, the world’s largest smartphone and TV maker, accounted for 8.1 percent of global semiconductor spending in 2020 after purchasing $36.4 billion worth of chips, up 20.4 percent from a year earlier, according to preliminary results from market researcher Gartner.

Apple was the top semiconductor buyer for the second straight year after its spending increased 24 percent on-year to $53.6 billion to represent 11.9 percent of the global market. (Yonhap)