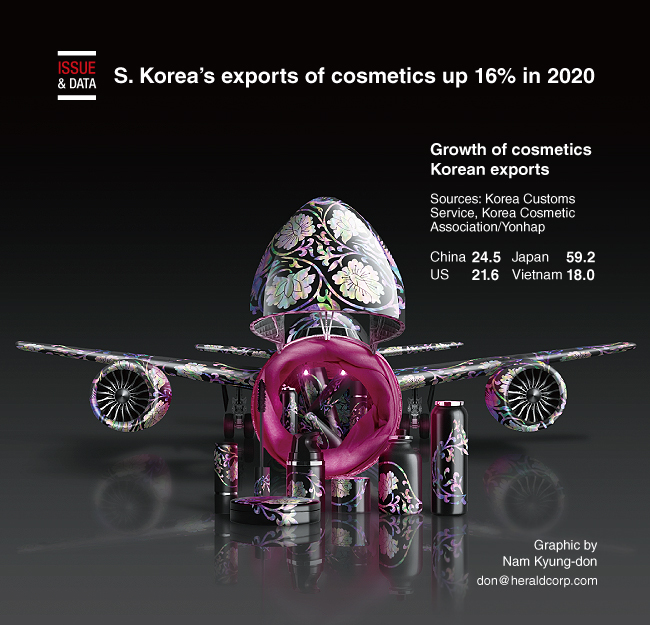 South Korea’s exports of cosmetics shot up 16 percent in 2020 from a year earlier, data showed, on the back of the growing demand from the United States and elsewhere in Asia.

Outbound shipments of cosmetics reached $7.57 billion last year, according to the data compiled by the Korea Customs Service and the Korea Cosmetic Association.

Experts say the growth was attributable to the Hallyu, or Korean Wave, which has resulted in a boom in Korean entertainment products such as pop music, movies and TV dramas.

Cosmetics exports to China soared 24.5 percent to $3.81 billion, with shipments to the US and Japan moving up 21.6 percent and 59.2 percent over the cited period, respectively. (Yonhap)