[Graphic News] Over half of S. Koreans in favor of tax hike on high earners: poll 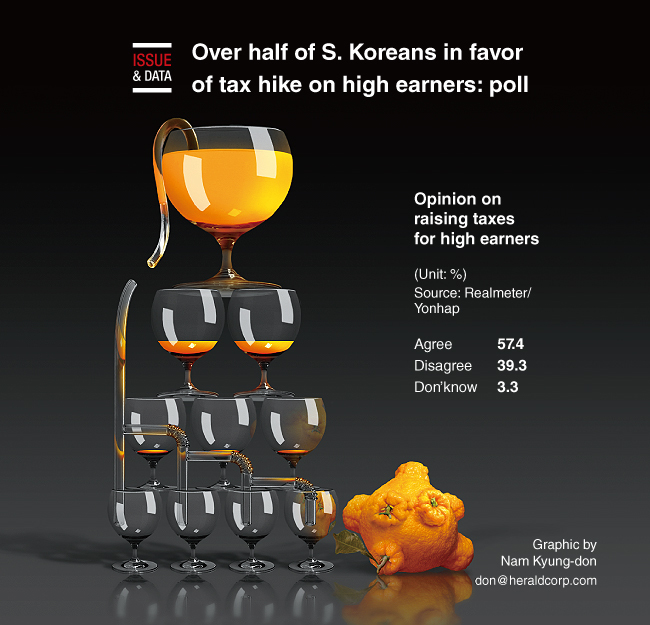 More than half of South Koreans are in favor of raising taxes for high income earners to mitigate the polarization that has deepened during the pandemic, a poll showed.

In the survey of 1,000 South Koreans aged 18 or older conducted early February, 57.4 percent of respondents agreed to a tax hike on high earners in the face of a widening income gap, while 39.3 percent disagreed, according to Realmeter.

Nearly 83 percent of the respondents said polarization had worsened during the COVID-19 pandemic, citing a rise in asset prices, such as housing, a decline in the  incomes of self-employed workers and fewer job openings. (Yonhap)