Chungha comes out fiercer in her first studio album ‘Querencia’

“The fans and I have been waiting just too long. It feels all very unrealistic,” Chungha said on Monday during a press conference held in Seoul ahead of the release that afternoon.

The singer seemed very calm, even slightly cautious, as she spoke on the stage. Her comeback, a year and eight months since she released the EP “Flourishing” in 2019, had been pushed back from its original date of Jan. 4 after the star tested positive for the coronavirus in December.

“I want to show people that I’m healthy. Some people still don’t know that I’m fully recovered, and I hope that the songs spread far so that more people become aware,” she said.

Just like the meaning of the Spanish word “querencia,” this album was a “resting place” for the singer last year, especially during the prolonged virus pandemic.

“It was like my refuge where I could really feel safe. Last year, I was deprived of chances to reunite with the fans, and it was a sheer joy to be able to unveil songs from the album,” Chungha said.

A R&B pop with trap-like sounds, “Bicycle” is unlike the singer’s previous hits. Chungha, who took part in writing the song, says it expresses the overwhelming energy felt on the bicycle as one steps on the pedal and sets forth on a journey.

“It sings how I’m now fearless about opening a new chapter and taking my own path. I didn’t consider it my title song at first because it sounded so new. But because ‘Querencia’ was a journey of challenge for me, I just went for it,” she said, adding, “It’s a solid and daring song. Straying from my usual wavy moves, it’s much fiercer.”

Along with the official title “Bicycle,” the pre-released singles “Stay Tonight,” “Play” and “X” all represent the studio set, according to the singer. Her favorite, nonetheless, is her first fully self-written and self-composed track she gifted her fans -- known as ”Byulharang (160504 + 170607).”

”I cried as I wrote it. I scrawled down my whole journey, from the depressive period before ‘Produce 101,’ meeting my fans Byulharangs, and becoming the sound person I am now,” she said. 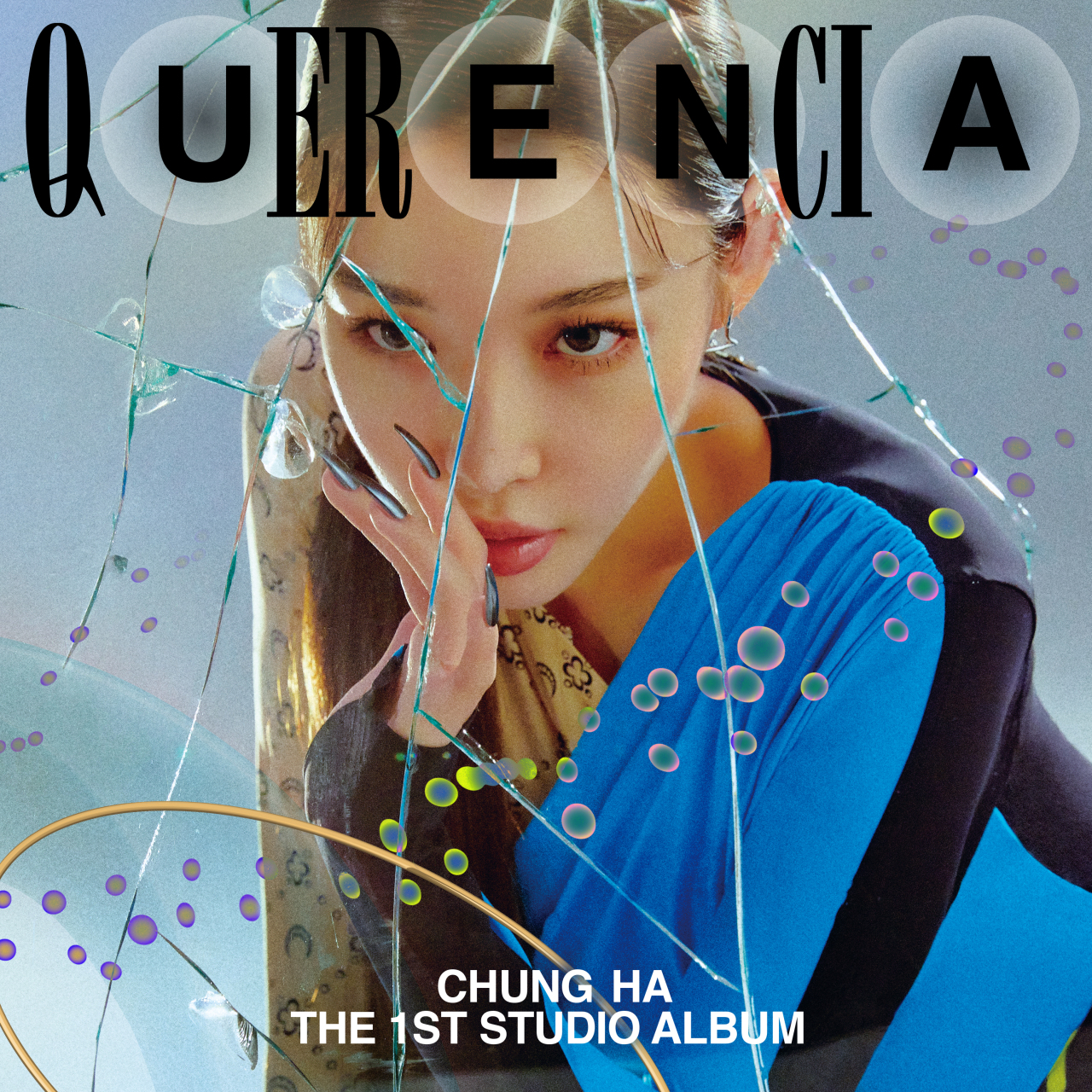 "Querencia" album cover image (MNH Entertainment)
Rather than delivering a single message with this album, Chungha said she hopes to provide a moment of relief from reality for her listeners.

“I just wanted share my moments in my resting place. We all feel blue, living inside this prison without bars amid the pandemic. I wanted people to be able to escape this reality and relax for at least those 3 minutes listening to my songs,“ Chungha said.

Although it had been a long time coming, the 25-year-old singer said it was a time she found true gratitude in life.

“With the quarantine, I realized that there were so many grateful things around me that I had overlooked. I think this realization itself makes this album a success for me. Although it would be even greater if it scores high on the charts, but, more than anything, I want share all these moments with my fans.”