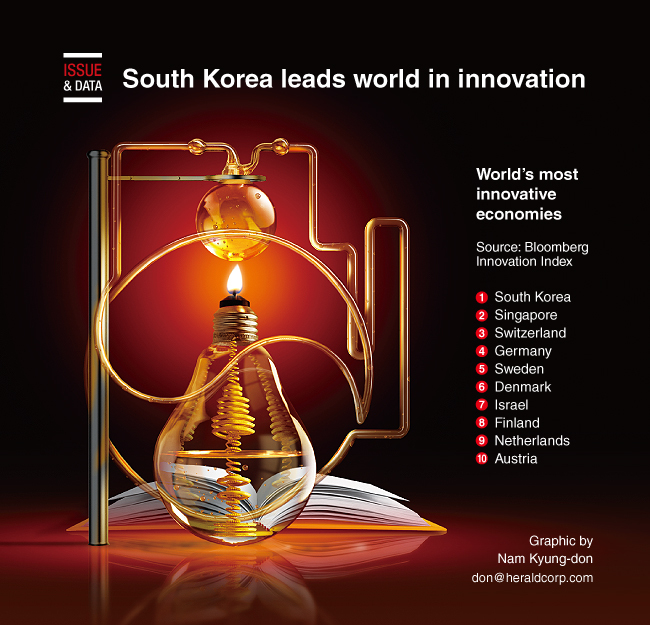 South Korea returned to first place in the latest Bloomberg Innovation Index, while the US dropped out of a top 10 that features a cluster of European countries.

Korea regained the crown from Germany, which dropped to fourth place. The Asian nation has now topped the index for seven of the nine years that it’s been published. Singapore and Switzerland each moved up one spot to rank second and third.