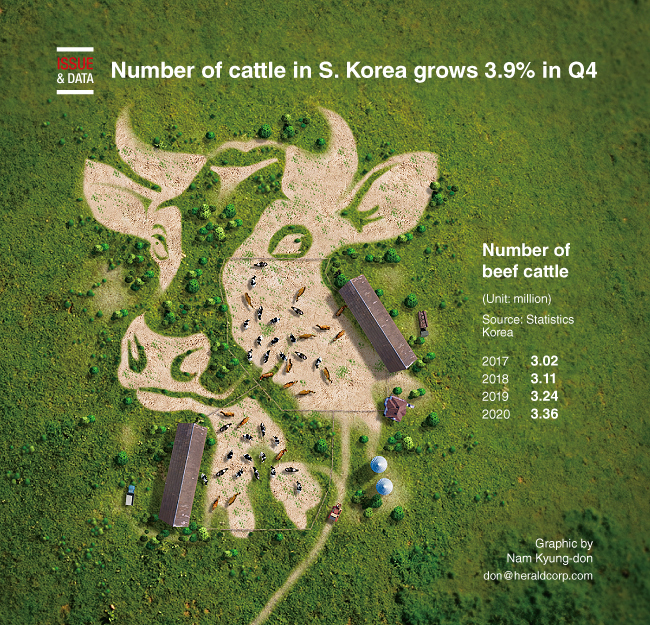 The number of cattle in South Korea rose nearly 4 percent in the fourth quarter of the year on increased beef consumption, government data showed.

Asia‘s fourth-largest economy had 3.36 million cattle, including Korean-breed cattle known as “hanwoo,“ as of Dec. 1, up 3.9 percent from a year earlier, according to the data from Statistics Korea.

It represents the largest-ever fourth-quarter tally since the statistical agency began tracking related data in 1983.

The fourth-quarter increase resulted from rising consumption of beef, which led to price hikes and prompted farmers to raise more beef cattle, the agency said. (Yonhap)