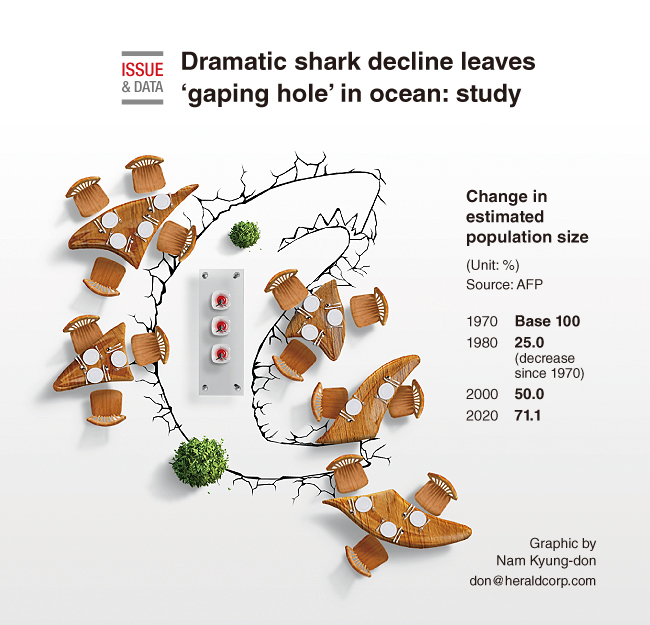 Overfishing has savaged populations of some sharks and rays by more than 70 percent in the last half-century, leaving a “gaping, growing hole” in ocean life, according to a new study.

Decades of data show an alarming decline in species ranging from hammerhead sharks to manta rays.

Among the worst-affected is the oceanic whitetip, a powerful shark often described as particularly dangerous to man that now hovers on the edge of extinction because of human activity.

Targeted for their fins, oceanic whitetips are also the victims of indiscriminate fishing techniques. Their global population has dropped 98 percent in the last 60 years. (AFP)