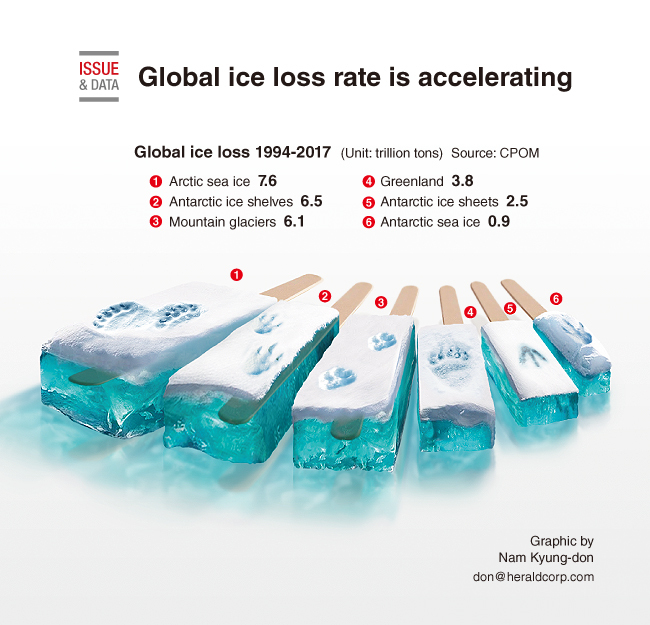 A new survey of ice loss around the globe suggests the rate at which the planet’s ice sheets and glaciers are melting is rapidly accelerating.

To illuminate the full scope of the problem, researchers compiled decades of satellite data on ice losses happening in different parts of the world.

The survey combined data on 215,000 mountain glaciers, as well as polar ice sheets in Antarctica and Greenland. Scientists also accounted for sea ice losses, as well as melting along the ice shelves extending off the coast of Antarctica. (UPI)