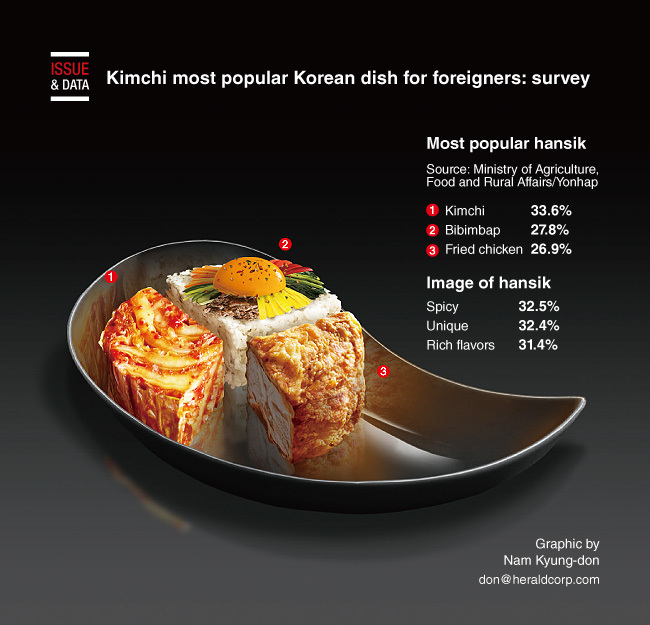 Global consumers picked kimchi as their most preferred Korean dish, a poll showed, amid the growing popularity of traditional Korean food, known as hansik, in line with the boom of the country‘s pop culture around the world.

Nearly 34 percent of respondents said they preferred eating kimchi, trailed by bibimbap with 27.8 percent and Korean-style fried chicken at 27 percent, according to the poll released by the Ministry of Agriculture, Food and Rural Affairs.

The survey was based on respondents from 16 major countries around the globe in 2020. (Yonhap)