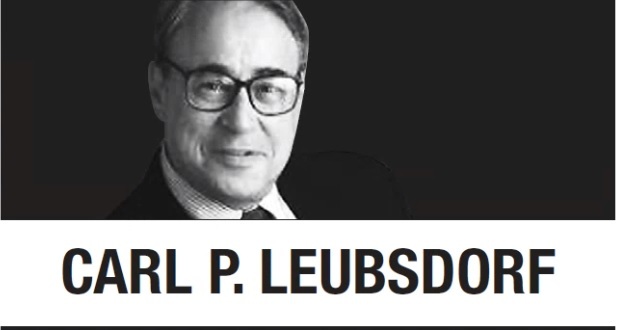 To anyone who followed Joe Biden’s successful campaign and his comments since clinching the presidency, the underlying theme of his inaugural address was hardly a surprise: a plea for national unity and a pledge to govern for all Americans, regardless for whom they voted.

But the most crucial aspect of Biden’s speech may prove to be whether his tone helps persuade enough congressional Republicans that the nation’s current problems are sufficiently serious they need respond to his specific proposals.

“This is our historic moment of crisis and challenge,” Biden declared in Wednesday’s 21-minute speech. “And unity is the path forward. And we must meet this moment as the United States of America. If we do that, I guarantee you we will not fail.”

It will take some time to see if his appeal succeeds. While many Republicans expressed kind words for Biden’s speech, some criticized the more controversial of his initial executive actions -- halting the Keystone XL Pipeline opposed by many environmentalists and proposing a massive immigration bill giving millions of undocumented workers a path to citizenship.

The key to his early relationship with Congress will be its response to his proposal for a $1.9 trillion package of assistance to individuals, small businesses and the states to mitigate the impact of the pandemic and vaccinate millions against it.

While the Democrats’ 10-seat majority might be sufficient in the House, the Senate requirement for 60 votes on most measures means Biden will need 10 GOP votes in a body now divided 50-50 with Vice President Kamala Harris able to cast the deciding Democratic vote.

He asked Republicans to “hear me out,” declaring, “we can see each other not as adversaries but as neighbors. We can treat each other with dignity and respect. We can join forces, stop the shouting and lower the temperature.”

Biden’s emphasis on unity was hardly unique. Most recent presidents from both parties have made similar inauguration appeals.

The American people “didn’t send us here to bicker,” President George H. W. Bush declared in 1989. “They ask us to rise above the merely partisan.” And 12 years ago, President Barack Obama said, “we are made for this moment, and we will seize it -- so long as we seize it together.”

In recent years, both parties have been reluctant to move beyond partisan bickering. Over the past four years, they rarely tried. Last year, it took lawmakers eight months to pass a COVID-19 relief bill most Democrats said was inadequate.

Still, no president since Franklin Roosevelt has faced a crisis so deep as the current one: the raging COVID-19 pandemic that has killed 400,000 Americans and the resulting loss of jobs by millions, and the further acrimony from the bitter post-election period in which many Republicans questioned the validity of Biden’s victory.

Biden hopes he can reach compromises with GOP Senate leader Mitch McConnell, with whom he served for 24 years in the Senate and later cut deals as Obama’s vice president.

But the new president’s goals, laid out even before assuming office, are ambitious, including a stepped-up federal anti-pandemic effort that seeks to vaccinate 1 million Americans daily against the virus during his first 100 days in office and massive infusions to prevent a second economic recession in two years. Upon taking office, he issued an array of executive orders overturning regulations aimed at environmental issues, abortion rights and health restrictions issued by former President Donald Trump’s administration.

Wednesday’s ceremonies went off smoothly and without incident, a welcome relief in a city where thousands of National Guard troops were mobilized to prevent a repetition of the Jan. 6 insurrection in which pro-Trump mobs invaded the Capitol and temporarily stopped the counting of electoral votes validating Biden’s victory.

Between those concerns and worries that large crowds would worsen the pandemic, many normal inaugural events were curtailed. The traditional balls and the hours-long parade were canceled, and the public was disinvited from the ceremony itself, the Mall filled with thousands of American flags, instead of the cheering crowds normally present.

The platform on the Capitol’s West Portico, where Biden and Harris took their oaths of office, was less crowded than usual, and the invited guests -- including three past presidents and outgoing Vice President Mike Pence -- all wore masks. The only discordant note: Trump’s refusal to attend, the first such snub since Andrew Johnson passed up Ulysses Grant’s inaugural in 1869.

But if the day’s atmospherics were unusual, the day’s message -- unity -- was not.