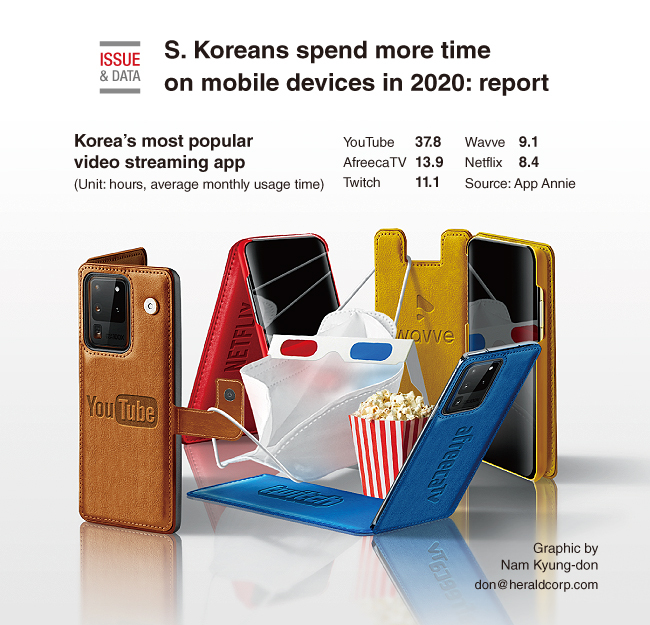 Koreans spent an average of 4.4 hours on mobile devices a day last year, up 19 percent from the previous year, a report showed.

The country‘s increased use of mobile apps was in line with last year’s global daily average of 4.2 hours, up 20 percent over the same period, according to the report from mobile data tracker App Annie.

YouTube was Korea’s most popular video streaming app in terms of average monthly time spent at 37.8 hours, followed by AfreecaTV and Twitch. (Yonhap)