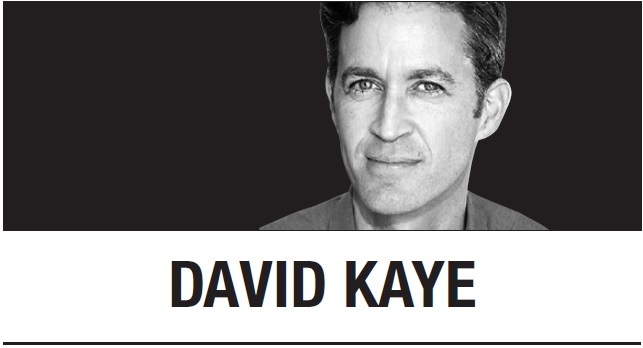 Precisely at noon on Wednesday, Joe Biden and Kamala Harris will take the reins of government. And the nation’s focus will turn quickly to the new administration.

As we look in one direction, Trump administration officials will go off in another. Some will slink away, hoping to avoid our attention, knowing the shame they brought upon themselves.

Others will almost certainly need to lawyer up. But the criminal process will be for a relative few.

All will pursue one common aim: They will seek the benefits that former administration officials have enjoyed for decades.

Not so fast. Elite institutions unthinkingly opening their doors to this crew will facilitate exactly what we must avoid: normalizing the Trump years and evading a reckoning for Trumpism.

Donald Trump did not act alone, and his worst impulses were carried out by his gang of loyalists. In doing so, they damaged American democracy, foreign policy, the economy and our health.

But how do we treat the shameless liars, the sycophants and the cynical enablers in Congress who knowingly sacrificed their reputations to support this president?

Traditionally, prominent political appointees, after stepping out of an administration, land at prestigious think tanks, universities, law and lobbying firms, investment banks, corporate boards, philanthropies and so forth. They become quotable experts in the media, keynote speakers at colloquia, bankable memoirists with book deals. Some run for office or do selfless work for the public interest, while others turn public-sector experience and connections into private-sector wealth.

That is the American normal. It’s not always ideal. But there is something salutary about the dance out of executive power. The prospect of landing a coveted position after leaving an administration is also an incentive that attracts talented people into public service.

Should any of this be available to departing Trump administration officials?

As a group, they carried out his awful policies. They legitimized Trump by their complicity. They participated in undermining the democratic process, perpetuated lies from podiums, corrupted our foreign policy and intelligence agencies, and damaged government departments.

At the very least, they failed to restrain an out-of-control boss; more likely, they joined in on the action. By doing all this, Trump officials should forfeit the normally automatic benefits that come from a stint in government.

To be sure, a few appointees, like cybersecurity expert Christopher Krebs and Russia expert Fiona Hill, maintained their independence and spoke truth to power inside and out of government. People like them should be encouraged and commended.

But what about all the others? How do we, as a society, hold them accountable?

First, elite institutions should set high standards for inviting top Trump appointees. They should identify criteria and be able to explain their decisions, mindful of the risk of normalizing the Trump years. The default should be skepticism about the value these people bring to any mainstream institution. Law firms, for example, should scrutinize Trump lawyers carefully as they return to private practice, and corporate boards should just say no.

Elite institutions often aim toward superficial ideological balance, a progressive here to balance the conservative there. This isn’t that. Republicans need not fear ideological purity tests or constraints on free expression. This is simply recognizing the extreme deviance of the Trump administration and asserting a baseline of respect for rule of law. In some cases, institutions are already doing this: Simon & Schuster said it would cancel the publication of a book by Sen. Josh Hawley, R-Missouri, because he led the effort in Congress to overturn the results of the presidential election.

Second, journalists and their editors need to think hard about how they integrate the voices of Trump officials in their stories. Trump loyalists will seek to establish a new narrative -- that the damage done was all by the president, that they tried but had limited ability to shape policy, etc. When they are quoted, their Trump affiliation and role should be clear. Journalists should not be in the business of helping them launder their reputations.

Third, we need a meaningful and high-profile process of public accounting for Trump administration actions that overstepped the law. That could fall to Congressional inquiries, which should examine the decisions that drove the excesses and abuses of the Trump era -- and the people who failed the public trust.

Trump damaged every presidential norm in his time in office, and his enablers supported his behavior. We can’t pretend this did not happen if we are to learn anything from the past four years -- and prevent it from happening again.


David Kaye
David Kaye, a former United Nations Special Rapporteur on freedom of expression, teaches law at the University of California, Irvine, School of Law. He wrote this for the Los Angeles Times. -- Ed.