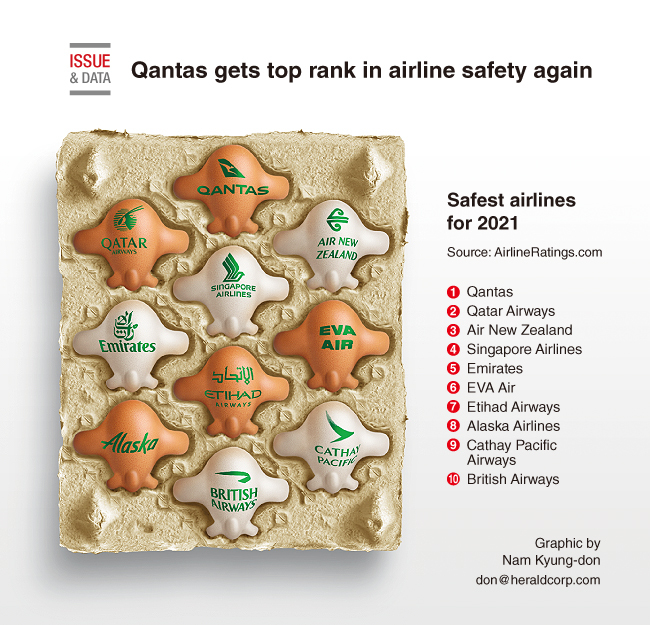 Qantas once again topped the list of safest airlines for 2021 as rated by AirlineRatings.com, the airline safety monitoring company said.

The Australian airline has consistently maintained safety standards in the categories monitored for 385 airlines since 2013, the company said in a statement.

Qantas, the world’s oldest continuously operating airline, has been a “clear leader” over the past 100 years in safety protocols, and a pioneer in operations and safety standards, being the “first or second” airline to introduce 16 major safety innovations over the past 60 years.

Qatar Airways took the No. 2 spot, while Air New Zealand, Singapore Airlines and Emirates round out the top five. (UPI)