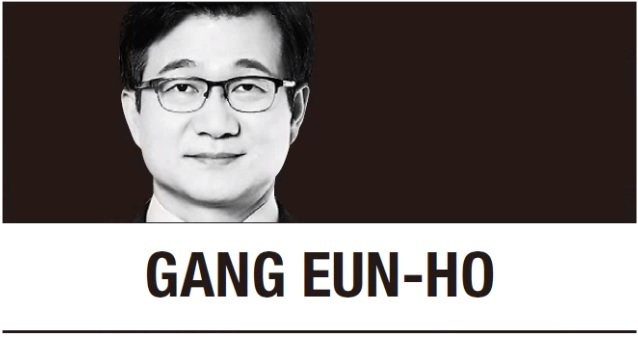 South Korea has established itself as the world’s 11th-largest exporter in the field of defense, with its exponential development centered on firepower, aviation, maneuvers, and shipbuilding. Its global competitiveness has reached 85 to 89 percent of those of the advanced countries, allowing Korea’s defense industry to steadily raise its stature worldwide.

Despite such achievements, the defense industry has seen a fall in sales recently, and to fan the flames, COVID-19 is aggravating the conditions for overseas contracts. It is high time Korea’s defense industry turns to innovation to ensure its unceasing development.

Under such circumstances, the essence of “indigenous fighter jet KF-X,” the world’s 13th fighter jet to be manufactured from homegrown technology, carries an inspiring message. Having developed the fighter jet on our own, Korea is paving the way for the foundation of self-reliant national defense. Furthermore, through the localization of the aircraft and major avionic equipment, along with systems integration, this program will enable Korea to upgrade its proficiency in aviation technology to the next level.

Fighter jets are one of the most complicated systems in the field of aviation. Developing a fighter jet introduces a massive ripple effect on the advancement of aviation technology. Approximately 40 trillion won ($36.5 billion) of technological effects are expected for the aerospace and defense industries, as well as for civil industries such as electronic control and information technology. Therefore, Korea’s aviation technology and the industry will be endowed with a new innovative opportunity to achieve a significant growth, once the KF-X development and production are successfully accomplished. Even though the KF-X program is only halfway through its production, it has already generated 11,800 jobs and 2.1 trillion won of economic effects. Last year alone, the program created 2,500 new jobs, contributing to the stabilization of the labor market and boosting regional economies.

Hence, by domestically developing the fighter jet, Korea will be able to acquire integration capability for avionics and weapon systems. This will support Korea’s self-sufficient implementation of future aircraft upgrades, such as in terms of performance and weapons. In particular, the KF-X may promote its competitiveness in exports if a homegrown weapon system is integrated through applicable tests, operation, and installation procedures. Such accomplishments will enable Korea to participate in foreign aircraft upgrade programs.

The prototype of the KF-X, which has initiated its final assembly, is set to be rolled out in the first half of this year. The KF-X Engineering & Manufacturing Development Program targets a 65 percent localization rate, and unfaltering efforts will be made amid the EMD phase to increase this rate even at the production level. In fact, in the case of the systems development of the T-50, a Korean supersonic advanced trainer, its localization rate remained at zero percent. This was mainly because the program was implemented in the form of a joint development with the United States, as Korea did not own sufficient aviation technology at that time. However, the localization rate of the T-50 has now risen to 60.9 percent as it gone through the production phase. Now that Korea has a more competent technical capability than when the trainer was being manufactured 20 years ago, I expect that the localization rate of the KF-X will increase much more quickly. Completing this fighter jet program will enable Korea to acquire a capacity to develop the 5th generation fighter jet. This will lead to an evolution of Korea’s aviation technology, allowing it to dream of much more ambitious goals.

In essence, the accomplishment of KF-X development and efforts for localization will play a chief role in pioneering the way to a better future for Korea’s defense industry, in conjunction with job creation, regional economic stabilization, increase in defense export and the advance of aviation technology. I hope that this entirely new challenge to develop an “indigenous fighter jet” with our own technology will be a triumphant achievement, and become a stepping stone for Korea’s defense industry to leap higher.