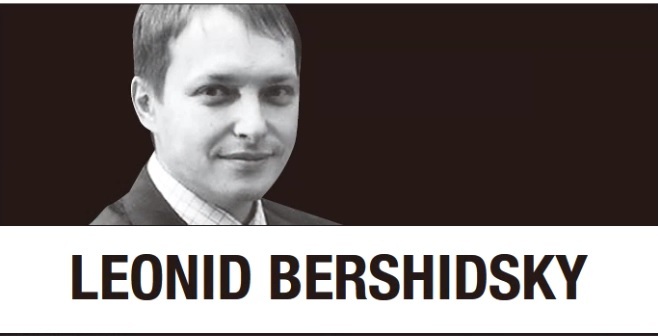 US House Speaker Nancy Pelosi called Wednesday’s rioting at the Capitol “the biggest gift to Putin” from President Donald Trump. Glee from pro-Putin commentators in Moscow would seem to bear out that opinion, echoed by many US Democrats. But what exactly has Putin been gifted?

Certainly not a political advantage. With Trump, considered a Putin admirer by the Democrats, about to vacate the White House, the Russian ruler has every reason to expect a compensatory show of strength from Joe Biden. The weaker the US looks in these final days of Trump’s term, the stronger this predictable blowback is likely to be.

Perhaps the gift is a propaganda coup, then? If so, it is an ambiguous one.

Putin’s allies can claim, as they have already done, that for all its lip service to democracy the US is just as tough on aggressive protest as any post-Soviet regime, including Putin’s own. Nationalist writer Zakhar Prilepin argued in a Telegram post that the shooting death of a protester at the Capitol was as bad as the violence that former Ukrainian president Viktor Yanukovych and Belarussian dictator Alexander Lukashenko have unleashed on their people to quell protests. That, according to Margarita Simonyan, head of the RT propaganda channel, shows that the US cannot claim to be a beacon of democracy.

This line of argument, while characteristically hyperbolic, isn’t devoid of merit. The post-storming rhetoric of Democrats is familiar to any Russian, Ukrainian or Belarussian who has ever protested a stolen election or some equally ugly act of the government. “What we witnessed yesterday was not dissent -- it was disorder,” Biden tweeted. “They weren’t protesters -- they were rioters, insurrectionists, and domestic terrorists.”

One can see why a hardened post-Soviet autocrat, or a propagandist on the payroll of one, would chuckle at the tough talk. The terrorist label for protesters who take over government buildings and scuffle with police has been abused everywhere from Istanbul to Minsk. In this part of the world, both governments and their opponents know that mass protest is rarely polite; when anger boils over, people clatter over walls, break things, fight cops.

In that regard, American exceptionalism is misplaced. What can happen in Kiev, where pro-European protesters took over government buildings, burned tires and beat back riot police with shovel handles in 2014, or in Berlin, where a conspiracy theory-fired mob attempted to storm the parliament in August 2020, can also happen in Washington, DC. Anger doesn’t exist only in less advanced nations -- it’s part of human nature. It’s an ugly emotion, whether or not it is righteous; but without it, protests hardly ever succeed -- even though by itself it’s far from a guarantee of victory.

But, seen from this perspective, the seeming Russian propaganda win quickly deflates. Has anyone ever claimed the US was a nation free of anger and dissent, of political polarization and violence? What have Russians seen at the Capitol that they haven’t seen closer to home? What have they been shown except that people are people everywhere? Or did they actually believe the US was universally populated by some species of superior beings, and are now gloating because they’ve just realized that this isn’t so?

I also doubt there’s a Russian, Belarussian or Ukrainian alive who thinks security forces shouldn’t try to repel a mob storming a parliament building, be it for a just cause or a deeply flawed one. It’s just how things work. Mustafa Nayyem, one of the heroes of the 2014 Ukrainian revolution, posted on Telegram, “The only surprising thing about this is the lack of preparedness on the part of the US police, national guard, military and security services for such a turn of events. In that sense, ours were better prepared and craftier.” This “ours” was sarcastically meant: Nayyem was referring to the Yanukovych government, deposed in the uprising of seven years ago.

And then of course there’s the upshot of the Washington events. There was not a chance that the rioters would have managed to keep Trump in the White House, even if they hadn’t been thrown out of the Capitol. There was no danger of an actual coup. The US will be governed according to the results of a close, hard-fought election -- that is, democratically. Trump may not want to give up power, but he has not the slightest opportunity to avoid doing so as Lukashenko did after losing an election last year. Every crisis of the Trump reign has only ended up demonstrating the resilience of US institutions -- those same institutions that people like Putin keep mocking.

The US as a democracy won’t be measured by the skill of the Capitol cops or the desperate escapades of die-hard Trump fans. It’ll be judged by how it emerges from the Trump era: As a dogmatic bureaucracy that equates flamboyant protest with terrorism, or as a nation that actually wants to heal, coming to terms with the enormous differences of opinion that exist within it and allowing all kinds of people to find ways of life they can accept.

As for Putin, America’s wars with itself are not really his to win. The value of US instability to him is vastly overrated; the highly stable Barack Obama, not Trump, was president when he seized Crimea, attacked eastern Ukraine, went into Syria, made inroads in Africa. On the other hand, mob scenes on TV don’t actually detract as much from US military or economic strength as Putin perhaps would like. Any “gift” he may have received this week is only an empty wrapper.


Leonid Bershidsky
Leonid Bershidsky is a member of the Bloomberg News Automation team based in Berlin. He was previously Bloomberg Opinion’s Europe columnist. His Russian translation of George Orwell’s “1984” is due out in early 2021. -- Ed.