[Kent Harrington] The return of US intelligence 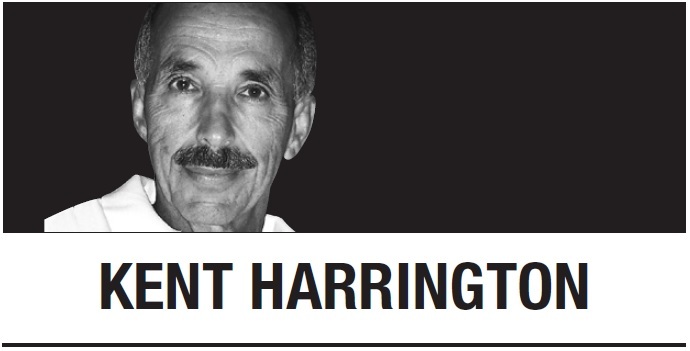 Tradition has it that when less-than-beloved CIA station chiefs are transferred from their posts abroad, their long-suffering staff celebrate with a wheels-up party. If tradition still holds, champagne corks were popping at CIA headquarters when Donald Trump lost his presidential re-election bid to Joe Biden. It is no secret that America’s intelligence services have been in the crosshairs of one of the most ignorant, paranoid, and antagonistic presidents ever to have held the office. Trump wore his distrust of spies and intelligence analysts on his sleeve, right next to his disregard for US national security.

By contrast, as a former vice president and chair of the Senate Foreign Relations Committee, Biden is by all accounts a knowledgeable and appreciative consumer of intelligence. Simply by picking up the reins, his administration will go a long way toward restoring a sense of normalcy in the intelligence community (and across the rest of the federal government).

Moreover, Biden has selected a seasoned team whose leading members are already well known to one another and to the intelligence community. In their new roles, they will have to address a wide array of issues. As with all transitions, their inboxes are doubtless already overflowing with advice. But the immediate priority, clearly, is to start repairing the enormous damage that the Trump administration has done to people and relationships in every part of the intelligence community.

One obvious problem for intelligence leaders will be the lasting effects of Trump’s chaotic, destructive approach to foreign policy, which has included personal attacks on NATO leaders, flattery of dictators, precipitous troop withdrawals, and threats to renege on alliances in Europe and Asia. Trump’s alienation of allies and admiration for adversaries have left vital intelligence-gathering, military, and diplomatic relationships in tatters.

And eroded relationships are only part of the problem. By attacking his own intelligence officers and attempting to politicize their work, Trump has undermined the agencies’ morale as well as their credibility. Here, Biden’s replacement of John Ratcliffe, an unqualified Trump toady, with former CIA Deputy Director Avril Haines as Director of National Intelligence (DNI) will help. But the new administration’s spy chiefs will have to do more than deliver a high-quality product. They also must reassure their workforce and reaffirm their agencies’ commitments to longstanding ethical and operational standards.

Trump’s minions most likely will continue to overstep their remit on their way out. Last month, for example, Ratcliffe issued a hysterical warning about China in a commentary for the Wall Street Journal. While no one doubts that China’s increasingly authoritarian and aggressive regime will remain a leading national-security issue, Ratcliffe’s intent was clearly political. By mixing credible assertions about China’s plans with hair-on-fire rhetoric, he misused intelligence and his office, eroding the credibility of both.

This politicization of intelligence on China wasn’t Ratcliffe’s first or worst offense. His irresponsible behavior also made headlines in September, when he declassified reports suggesting that Hillary Clinton had colluded with the Kremlin in her 2016 presidential race. These reports had already been flagged by US intelligence experts as likely Russian disinformation. By overriding those objections and releasing unverified reports anyway, Ratcliffe risked US intelligence sources and methods. His motive was obvious: to discredit the intelligence community’s finding that Russia had, in fact, aided the 2016 Trump campaign.

The DNI’s office isn’t the only place where Biden’s team will need to restore professional intelligence standards. A similar effort is also urgently needed at the CIA and other agencies, following Trump’s attempts to oust the CIA whistleblower whose complaint precipitated his impeachment by the House of Representatives last year. Trump and his sycophants’ sordid attacks on the whistleblower’s statutory protections were met with dead silence from intelligence leaders. The lack of a public response from Gina Haspel, the Trump-appointed CIA director, spoke volumes, as did the silence of other agency chiefs in 2020 when Trump fired the inspector-general who had forwarded the whistleblower’s complaint to Capitol Hill.

For the CIA rank and file, words matter. By offering only silence, these intelligence leaders sent a signal that laws, professional oaths, and institutional obligations are a dead letter. Biden’s intelligence chiefs now must communicate the opposite message.

The value of intelligence for policymakers depends not just on the relevance and accuracy of the raw data, but also on the objectivity of the analysis that makes sense of it. The quality of intelligence thus depends on the integrity of the officers who gather and interpret it. For these officers to remain committed to the highest ethical and professional standards -- including when they discover wrongdoing within their own agencies -- so, too, must their leaders.

Nearly 35 years ago, when former FBI director William H. Webster was appointed by President Ronald Reagan to lead the CIA following the Iran-Contra scandal, he offered the briefest of opening statements at his Senate confirmation hearing. Quoting Sir William Stephenson, the United Kingdom’s spy chief in the United States during World War II, he said:

“Among the increasingly intricate arsenals across the world,” Stephenson wrote, “intelligence is an essential weapon, perhaps the most important. But it is, being secret, the most dangerous. Safeguards to prevent its abuse must be devised, revised, and rigidly applied. But, as in all enterprise, the character and wisdom of those to whom it is entrusted will be decisive. In the integrity of that guardianship lies the hope of free people to endure and prevail.”

A man of superb reputation, Webster stressed the importance of integrity. Biden’s intelligence nominees would be wise to do the same at their own confirmations and when they address the intelligence officers awaiting their leadership.