[Angela Zhang] In China, behave or face a campaign 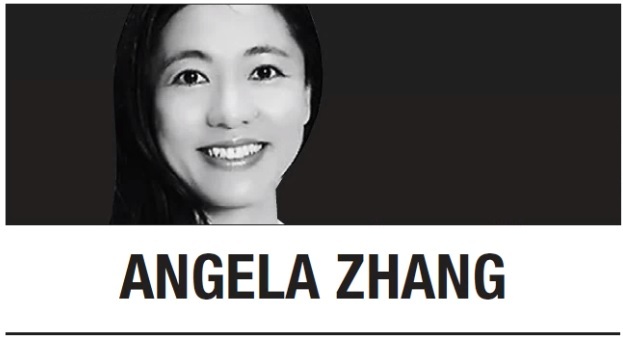 With the debacle of Ant Group’s initial public offering, we’ve witnessed a flurry of legislative and enforcement activities aimed at tightening antitrust regulation within the Chinese tech sector. This massive campaign, however, is hardly a new phenomenon in Chinese law. The roots of campaign-style law enforcement can be traced back to the revolutionary period of the Chinese Communist Party, which often needed to rely on mass movements in the absence of state institutions.

Although they have resulted in severe punishment, studies have shown such campaigns often had limited effects on compliance. For example, in 2007, the Chinese government closed 180 food plants and identified over 23,000 food safety infringements in the aftermath of a series of scandals involving exports. But just a year later, hundreds of thousands of babies in China fell ill after ingesting milk powder tainted with melamine.

The late Gary Becker of the University of Chicago, who was awarded the Nobel prize in economics in 1992, came up with a theory of crime and punishment that predicts two means through which government may tighten regulation. The first is to increase policing, which raises the likelihood that infringers will be caught. However, the Chinese antitrust authority has severe constraints. It has fewer than 50 employees based in Beijing, in contrast to more than 800 officials at the European Commission in Brussels, and almost 1,100 in Washington, DC. That’s a big drawback for China because antitrust investigations demand extensive and complex economic analysis that consume a considerable amount of resources.

As an alternative to expanding capacity, the Chinese antitrust authority is trying to reduce costs in prosecuting cases. For example, in its draft guidelines targeting online platforms, the agency is proposing to skip defining the relevant market, the standard first step in assessing market dominance. This would make proving dominance much easier. There is some concern among lawyers, however, that such a shortcut could give the agency excessive discretion.

According to Becker, government can also strengthen law enforcement by increasing sanctions. Chinese antitrust authorities already possess immense latitude in imposing penalties under the anti-monopoly law, which is, moreover, being amended to enhance its punitive power. For instance, the draft amendments would increase the fine for failing to notify the authority about a merger transaction from 500,000 yuan ($75,000) to up to 10 percent of the firm’s revenue in the previous year. The higher fines are expected to increase legal deterrence, but there’s a lack of clarity on the process in which the fines will be assessed.

Apart from the threat of punishment, the authorities are also adept at using media to push their agenda. Companies often quickly accede to the agency’s demands rather than challenge it in court. This saves the regulator the trouble of defending its case, significantly speeding up enforcement.

In fact, the agency mostly keeps a low profile during investigations, particularly in cases involving state-owned firms, to avoid repercussions to the companies’ stock prices. However, in some cases, the start of a probe is announced on state media, causing significant market loss to the firms under scrutiny. In one example, Biostime Inc. (Guangzhou), one of the nine infant formula manufacturers investigated in 2013, lost over one-third of its market capitalization within a week after the agency strategically exposed it to negative media coverage on state television. The company -- which had put up the most resistance -- soon after volunteered to reduce prices of its milk powder to please the regulator.

The agency’s announcement of its investigation into Alibaba Group Holding was meticulously planned. Just a few minutes afterward, the People’s Daily published a long commentary endorsing the probe. The case was strategically announced on Christmas Eve, with the holiday break allowing the agency the opportunity to moderate market reaction if it turned out to be too harsh. This may also explain why -- on the Sunday before the next trading day -- the agency released positive news that it had completed gathering evidence and that Alibaba was very cooperative.

To be sure, the US and Europe have seen similarly orchestrated enforcement campaigns. However, in Western liberal democracies, these tactics are subject to scrutiny from the media, academia and the judiciary. Those checks and balances are limited in China, where businesses rarely challenge the antitrust authority. Instead, they’ve exhibited unusual levels of cooperation with the government. Alibaba isn’t likely to be an exception.


Angela Zhang
Angela Zhang is associate professor and director of the Center for Chinese Law at the University of Hong Kong. -- Ed.