The artist’s unique “waterdrop paintings” greatly influenced both the Korean and global art scene, harmonizing Korean and Western values. Having lived through turbulent periods in Korean history, he condensed his philosophy and agony into waterdrops, which became his signature art. 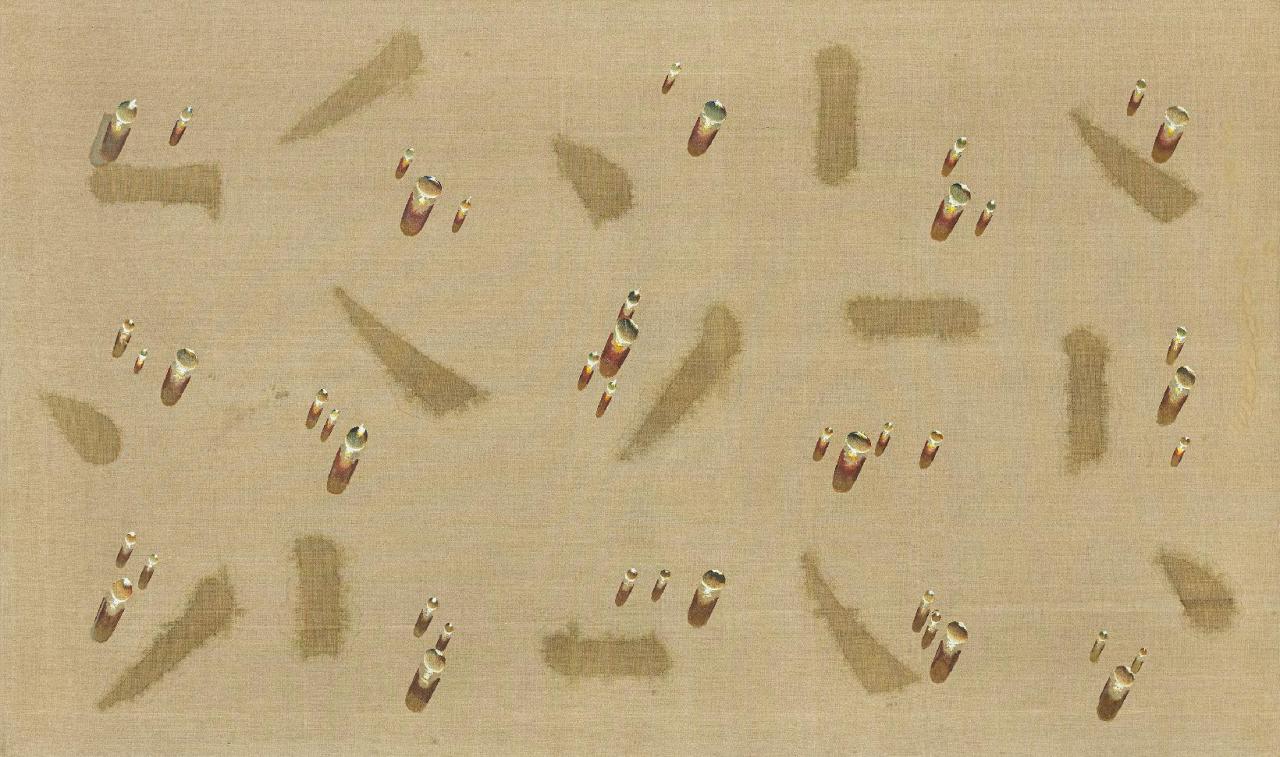 "Recurrence” by Kim Tschang-yeul (Gallery Hyundai)
Kim was born in 1929 in South Pyongan Province, in today‘s North Korea, as the eldest among six children. After Korea was liberated from Japan in 1945, he moved to South Korea and entered Seoul National University as an art major in 1949. The sudden outbreak of the Korean War in 1950 abruptly ended his college career. He later expanded his artistic activities in New York and Paris.

Kim was one of the leading contemporary artists who pioneered Art Informel in Korea, an art movement that prevailed in Europe after World War II and in Korea after the end of the Korean War in 1953.

Kim first unveiled his waterdrop paintings in 1973 at his first solo exhibition held at the Knoll International in Paris. Among the visitors was Salvador Dali, according to the Korea Arts Management Service’s archive.

“Painting waterdrops aims to dissolve everything into the waterdrops and transparently return to the state of nothing. We will ultimately experience peace and stability when we send our anxiety and fear into the emptiness,” the artist said in a past interview.

In his later years, Kim stayed at a nursing hospital for health reasons. “He had not been in good condition as he aged. His health rapidly deteriorated over the past few days,” a person familiar with Kim told The Korea Herald.

Kim donated 220 works of art to Jeju Island, where the Kim Tschang-yeul Art Museum dedicated to the artist was established in 2016. He is survived by his wife Martine Jillion and two sons.

His latest solo exhibition in Korea took place last October at Gallery Hyundai, highlighting his works of repeated calligraphy strokes of the Thousand-Character Classic on hanji, or Korea’s traditional mulberry paper, as the background of the waterdrops.