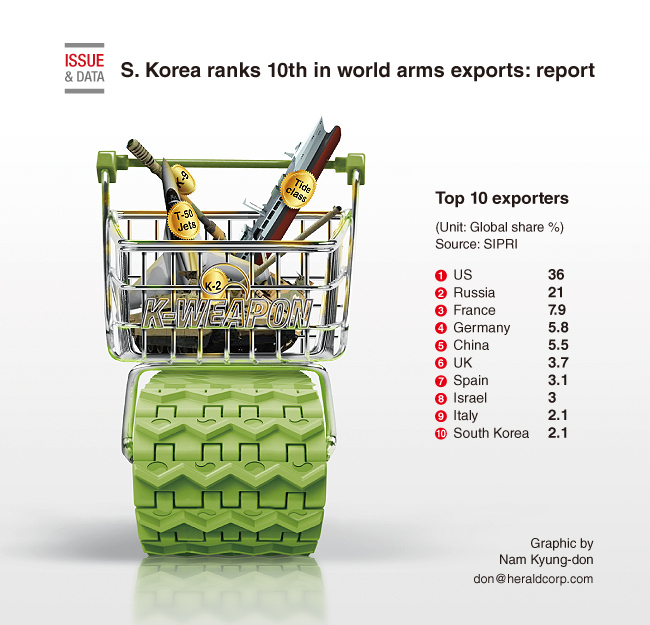 South Korea was the 10th-largest arms exporter in the 2015-2019 period, accounting for 2.1 percent of the world's total defense exports, an annual government report showed.

According to the Global Defense Market Yearbook 2020 published by the Defense Agency for Technology and Quality, Britain, Iraq and Indonesia were the main buyers of South Korea’s defense products during the period.

The United States remained the top arms exporter, followed by Russia, France, Germany and China, with the five countries accounting for 76 percent of the world’s total defense exports, it said. (Yonhap)