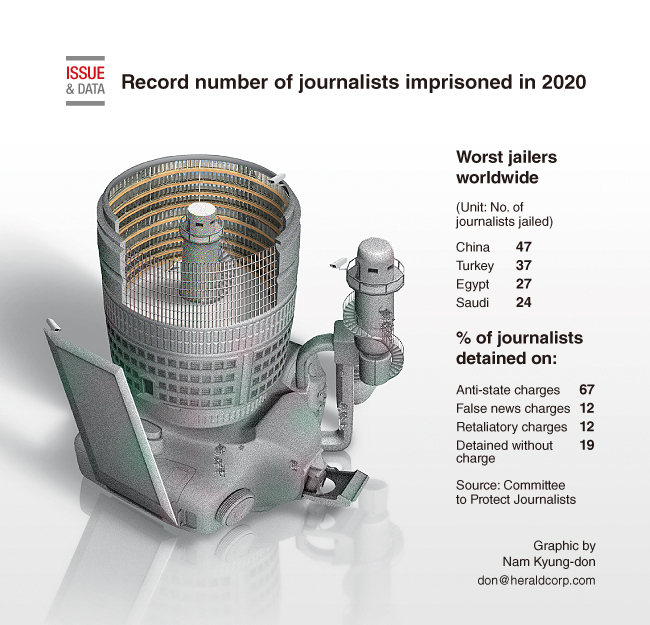 A record number of journalists were imprisoned worldwide during 2020, as governments cracked down on coverage of the coronavirus pandemic or tried to suppress reporting of civil unrest, the Committee to Protect Journalists said.

At least 274 journalists were in jail as of Dec. 1, the most since the New York-based group began collecting data in the early 1990s, the report said, up from at least 250 last year.

Protests and political tensions were the cause of many arrests, with the most made in China, Turkey, Egypt, and Saudi Arabia, it said.

Amid the COVID-19 pandemic, authoritarian leaders tried to control reporting by arresting journalists. At least two journalists died after contracting the disease in custody, the report said. (Reuters)