Artist who ‘erases’ newspapers till they are ‘burnt’ 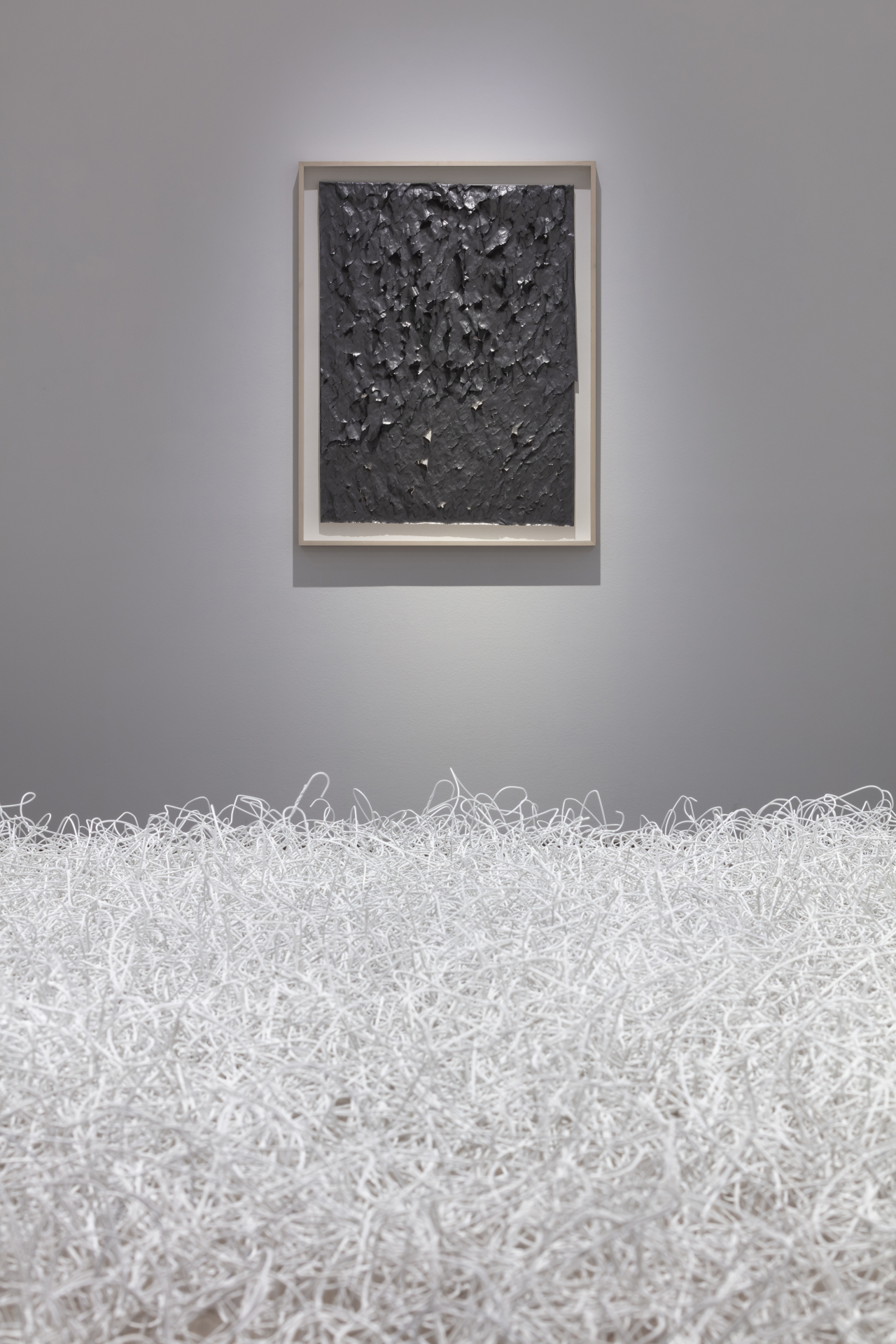 "Untitled” by Choi Byung-so (Arario Gallery)
A whole page of a newspaper is turned into a torn, darkened mess at an exhibition dedicated to artist Choi Byung-so, who has played a pivotal role in the South Korean contemporary art scene.

Arario Gallery in central Seoul is showcasing 15 of Choi’s works through a solo exhibition titled “Sens et Non-sens: Works from 1974-2020.”

While many abstract painters in Korea were faced with criticism for having turned a blind eye to social issues when Korea was under dictatorships from the 1960s to the 1980s, Choi’s experimental works are said to have successfully combined art with activism.

Newspapers are an important art medium for the artist, who was born in 1943. During the mlitary dictatorship of the 1970s, the artist found that the press had lost sight of its responsibility to deliver the truth.

Criticizing the press, Choi repeatedly colored newspapers with a black ballpoint pen and pencil until the paper was thoroughly darkened. The newspaper looks as if it was burned black -- reflecting the artist’s resentment toward the media.

“I wanted to break the stereotype about painting that it is solely about drawing sketches and painting color. So I began to ‘erase’ the newspaper to contradict the idea. I erased with a ballpoint pen first, then I erased with a pencil again,” the artist revealed in a past interview. 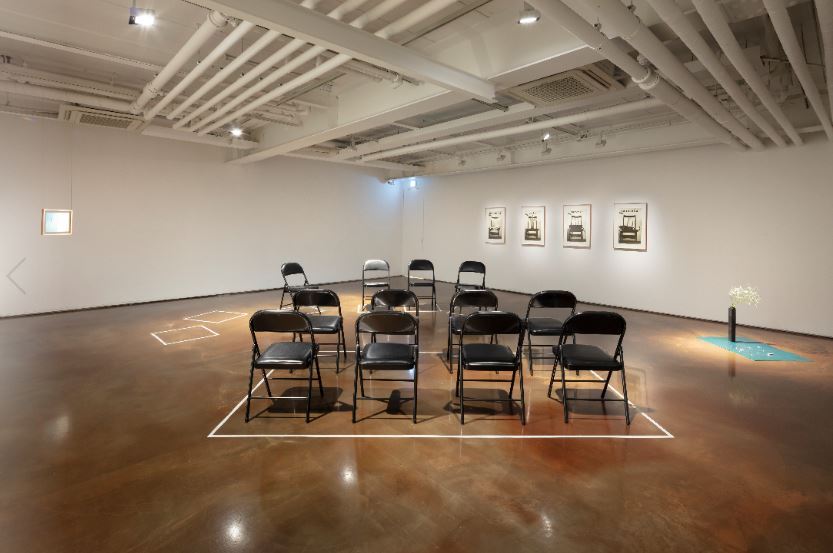 "Untitled” by Choi Byung-so (Arario Gallery)
The exhibition includes the artist’s installation works, too. One of the introduced works -- which was displayed in the artist’s hometown of Daegu in 1975 -- shows two groups of folding chairs that face each other.

Each group of chairs is bordered with pieces of white tape on the ground. The work criticizes the standardized education system but also aims to remind the public of those who disappeared during the pro-democracy movement of the late 1980s.

The exhibition runs through Feb. 27 at Arario Gallery in Jongno-gu, central Seoul. It is open from Tuesday to Saturday from 11 a.m. to 6 p.m.