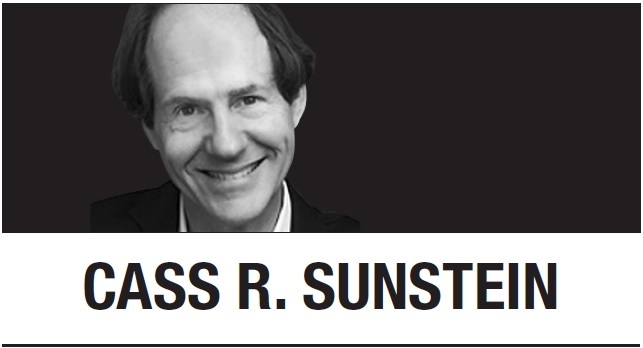 Donald Trump’s administration is doing an extraordinary amount of “midnight rule-making” -- issuing regulations at the very end of the president’s four-year term. This will cause real trouble for the Joe Biden administration, which will have to try to unwind a lot of it.

As of now, Trump’s Office of Information and Regulatory Affairs has a whopping 136 regulations under review, suggesting that there might well be a last-minute tsunami.

Some of the last-minute regulations are genuinely terrible, such as new restrictions on granting asylum to people threatened with gang or gender violence. But others are more complicated, in the sense that they are likely to produce disparate reactions among Biden’s supporters -- and potentially reveal significant fissures among progressives.

A recent example comes from Trump’s Environmental Protection Agency, which has finalized a seemingly technical regulation directing how the agency does cost-benefit analysis. The changes have provoked outrage among those who see it as a clear effort to make it harder for the EPA to protect public health and the environment.

But if you read the rule carefully, you might hate it less, or like it more, than you expected.

The rule is called “Increasing Consistency and Transparency in Considering Benefits and Costs in the Clean Air Act Rulemaking Process.” Ignore the boring name and consider its three principal elements.

The first requires the agency to consider its analysis of costs and benefits unless some statute, enacted by the US Congress, forbids it to do so. That’s hardly radical. An executive order signed by President Barack Obama, still in effect, requires the same thing.

To appreciate why Democratic as well as Republican presidents have required the EPA to consider both costs and benefits, it’s important to see that the benefits of air pollution regulations include lives saved and illnesses avoided -- benefits that often far exceed the costs.

The rule’s second element requires the EPA to base its decisions on the best available science and in accordance with best practices from other fields, including economics. By itself, that’s also pretty straightforward.

The third element is the most complicated. It “imposes additional procedural requirements to increase transparency in the presentation and consideration” of the analysis of costs and benefits. For example, the EPA has to provide a summary of the overall results. (Here again, the Obama administration required the same thing.) And where the law allows the agency to consider the cost-benefit analysis in order to decide how to regulate, the agency has to describe how it did that.

At this point, it might seem tough to understand what all the outrage is about. But the rule does have more controversial features.

One involves the vexing question of “co-benefits.” Suppose an air pollution regulation, designed to reduce greenhouse gas emissions, leads companies to rely on technologies that also reduce emissions of other air pollutants, such as particulate matter. Should the latter emission reductions be counted as benefits?

In principle, the answer is obvious. Of course they should! They’re benefits, and they’re real.

Nonetheless, the Trump administration has tried, at various times, to suggest that the EPA ought not to consider co-benefits at all. Many people are reading the new regulation as an authoritative declaration to that effect.

Fortunately, it isn’t. With respect to co-benefits, the regulation is mostly about transparency. It says that if some provision of law says the EPA should count co-benefits, they have to be counted. The rule adds only that they should be presented separately, so people clearly see that if (for example) a regulation is mostly designed to reduce mercury emissions, it is also and independently reducing emissions of other pollutants.

Another controversial part of the rule involves the difference between “domestic” and “non-domestic benefits.” Reducing greenhouse gas emissions from motor vehicles will help people in the US and in other nations. The new rule requires the EPA to present domestic and non-domestic benefits separately while also emphasizing that both can count. That’s reasonable enough.

Progressives who dislike cost-benefit analysis often point to health and environmental gains that are hard to quantify. For example, scientists might not be able to specify the health benefits to children of reducing exposure to mercury, and, even if they can, economists might struggle to turn those benefits into monetary equivalents. Ignoring unquantified benefits would be a mistake.

Under longstanding executive orders, the EPA is entitled to consider not only whether benefits outweigh costs, but also “equity, human dignity, fairness, and distributive impacts.” Unfortunately, the EPA’s new rule says essentially nothing about those considerations, which go to the heart of “environmental justice.”

Suppose, for example, that an air pollution regulation would provide special benefits to children, the elderly, the sick and to people of color or in poor communities. Does that matter? It should. Yet the new rule does not say so or explain how.

That’s a legitimate concern. Still, you could think that much of the new rule is good or at least reasonable, while also insisting that it has important gaps.

The larger point is that on the progressive side, many people are enthusiastic about cost-benefit analysis, seeing it as a way of getting a handle on the human consequences of regulation (at least if the analysis is done right). Obama himself is firmly in that camp. Many others are skeptical, seeing it as an obstacle to necessary safeguards.

Some of the Trump administration’s midnight rules will deserve wholesale repudiation. But others, including this one, should be approached with a scalpel, not an ax.