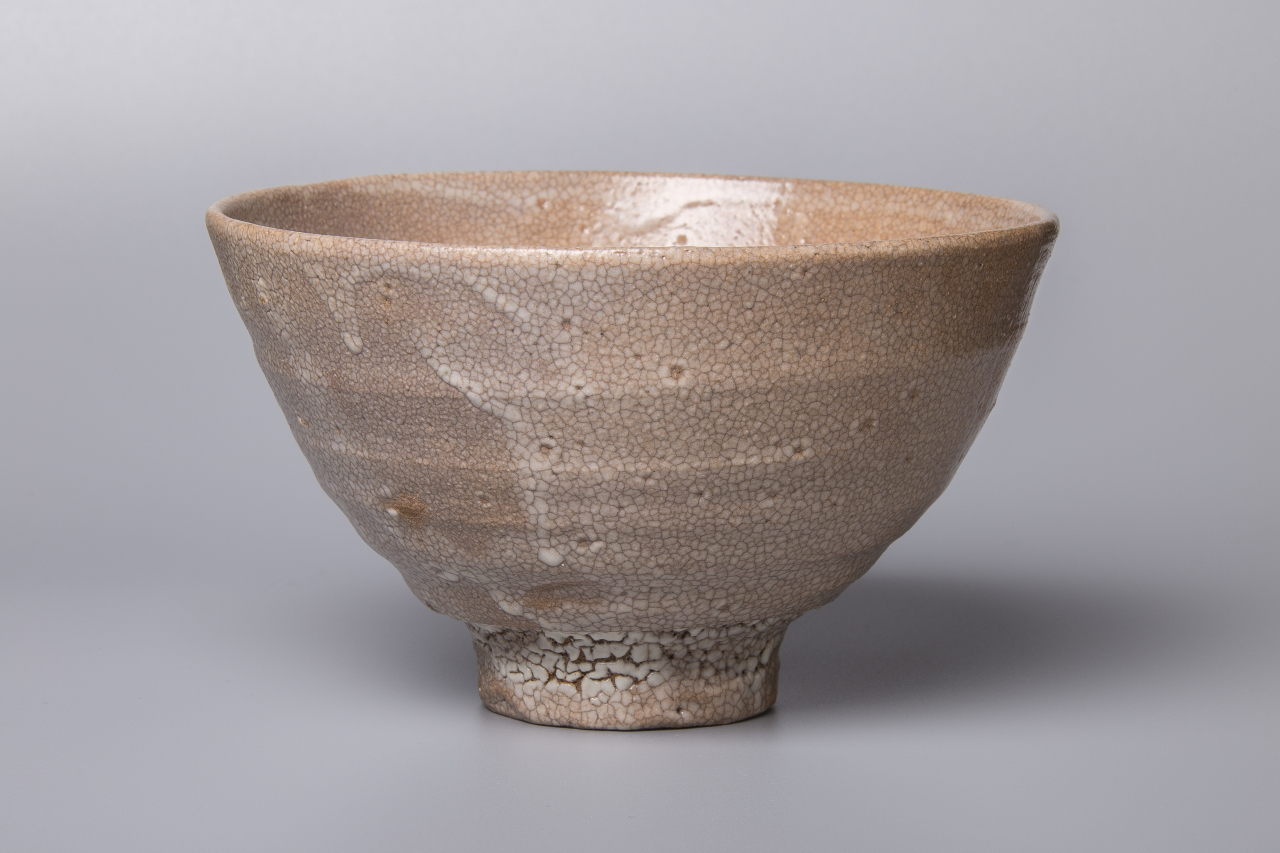 "Tea Bowl (Oido type)” by Kim Jong-hun (Hakgojae Gallery)
An ongoing exhibition in Seoul sheds light on plain yet delicate tea bowls that carry the spirit of pottery art from the Joseon era (1392-1910).

According to Hakgojae Gallery, few of the original tea bowls are left in Korea. Most existing Jeongho tea bowls remain in Japan, as much of Korea’s pottery heritage was lost after the Japanese invasion of Korea in 1592.

Many Korean potters were either kidnapped to Japan during the invasions or later migrated in search of better conditions.

“Although Jeongho tea bowls have their roots in the Joseon Dynasty, now we have to learn how to make the bowls in Japan, as many Jeongho tea bowl makers moved to Japan. Japan strongly encouraged its tea ceremony culture, and tea bowls were considered expensive goods there,” said Woo Chung-woo, director of the Hakgojae Gallery.

The pottery exhibition which runs through Dec. 27 at the gallery in central Seoul features Jeongho tea bowls produced by ceramist Kim Jong-hun, who has devoted himself to creating his own Jeongho tea bowls for 20 years.

“Creating something is a process of finding another self as an artist. I bring my accumulated experiences and times into a tea bowl,” Kim wrote for the exhibition catalog.

“I try to feel the bond of empathy between a tea master and a ceramic artist. Without the process, the Jeongho tea bowls would be merely copies of old tea bowls which are meaningless to me.”