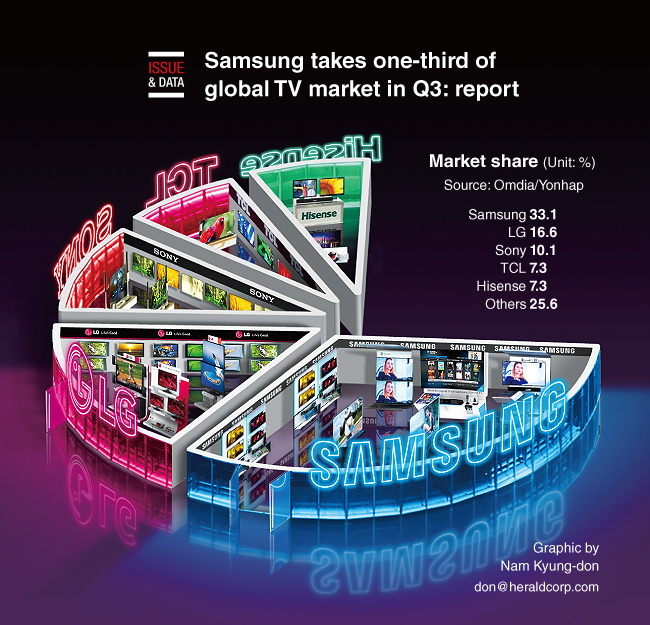 Samsung Electronics remained the world's leading TV vendor in the third quarter of the year, a report showed, as it accounted for one-third of the market amid the pandemic.

The South Korea tech giant had an all-time high 33.1 percent market share in the global TV market in the July-September period in terms of revenue, according to data from industry researcher Omdia.

Samsung sold $9.3 billion worth of TVs in the third quarter, up 22 percent from a year earlier, the data showed.

Samsung's domestic rival, LG Electronics, was the runner-up in the third-quarter TV market with a 16.6 percent share in sales revenue, followed by Japan's Sony with a 10.1 percent share. (Yonhap)