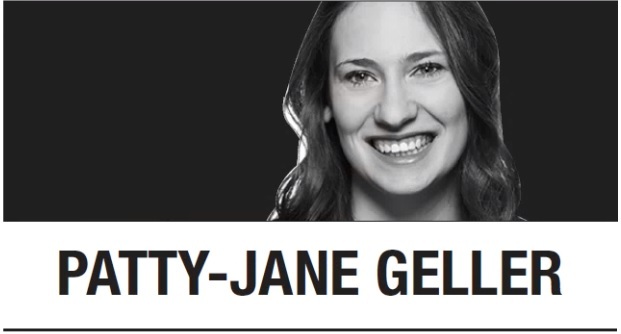 You wouldn’t know it from the lack of headlines, but the US Navy and Missile Defense Agency recently made history with something that should help make all Americans safer.

Missile defense is nothing new, of course. The US has had one for years. But until now, we’ve tested its ability to defend the homeland from incoming missile attacks only with the ground-based midcourse defense system.

This system consists of 44 ground-based interceptors deployed in Alaska and California, poised to intercept incoming missiles in their midcourse phase as they fly through space before reentering the atmosphere.

These interceptors are a crucial component of US policy to defend the homeland from rogue threats such as North Korea and Iran, both of which have been working to improve their nuclear and ballistic missile capabilities.

Gen. Terrence O’Shaughnessy, former commander of US Northern Command, certified to the US Senate earlier this year that the ground-based midcourse defense system can defend against the North Korean threat today -- but the future is less certain. Two main factors drive this uncertainty.

First, the North Korean threat is visibly advancing, as Pyongyang’s display of its new “monster” ICBM in a parade last month demonstrates. It’s only a matter of time before its force will become large enough to overwhelm our fleet of 44 interceptors.

Second, the fate of the ground-based midcourse defense system is uncertain. The Pentagon is pursuing the next-generation interceptor program to both increase the capacity of our missile defense system to 64 interceptors and eventually replace our current interceptors, which are old.

The Missile Defense Agency aims to begin fielding the next-generation interceptor by 2028, but it would be naive to assume such an acquisition program would be free from risk of delay.

The Missile Defense Agency and navy accomplished a remarkable feat with this intercept, marking the first use of a theater-range, ship-launched interceptor to shoot down a long-range missile. If SM-3 Block IIA interceptors can defend against ICBMs, then the United States could deploy them as a hedge against impending uncertainty in homeland defense.

The Missile Defense Agency can now proceed with a more complex test, potentially against an ICBM target armed with decoys or other missile-defense countermeasures.

The next administration will then have to decide how to employ the SM-3 interceptor to defend the homeland. Its use can be as simple as maintaining the ability to deploy Aegis ships armed with these interceptors to the Pacific in the event of brewing North Korean aggression.

Besides providing an extra defense against a North Korean attack, the presence of these ships can boost deterrence. By lowering the probability that an attack will succeed, missile defense complicates an adversary’s attack calculus, forcing countries like North Korea to think twice before pushing the nuclear button.

The next administration could also pursue a series of Aegis Ashore deployments across the United States to establish a permanent SM-3 Block IIA intercept capability. This longer-term option would require more resources and a concerted effort from the Pentagon to figure out how many Aegis Ashore systems would need to be built, and where.

This test already provoked blowback from the Russians and Chinese. They claim advancing US missile defenses will threaten strategic stability by encouraging the United States to launch a first strike without fear of assured retaliation. Such accusations must be dismissed as folly.

Despite these charges, an underlay of SM-3 interceptors simply cannot defend against Russia’s and China’s advanced arsenals, whose sizes alone can overwhelm US homeland defense. Especially as Russia and China hypocritically advance missile interceptors of their own, the United States must not let Russia and China weigh in on our pursuit of an underlay to defend against North Korea.

As preparations take place for the next administration and a new Congress, homeland missile defense must remain a top priority. With the success of this test, pursuing the SM-3 Block IIA interceptor as an additional means of homeland defense is now a potential path toward a stronger homeland defense.